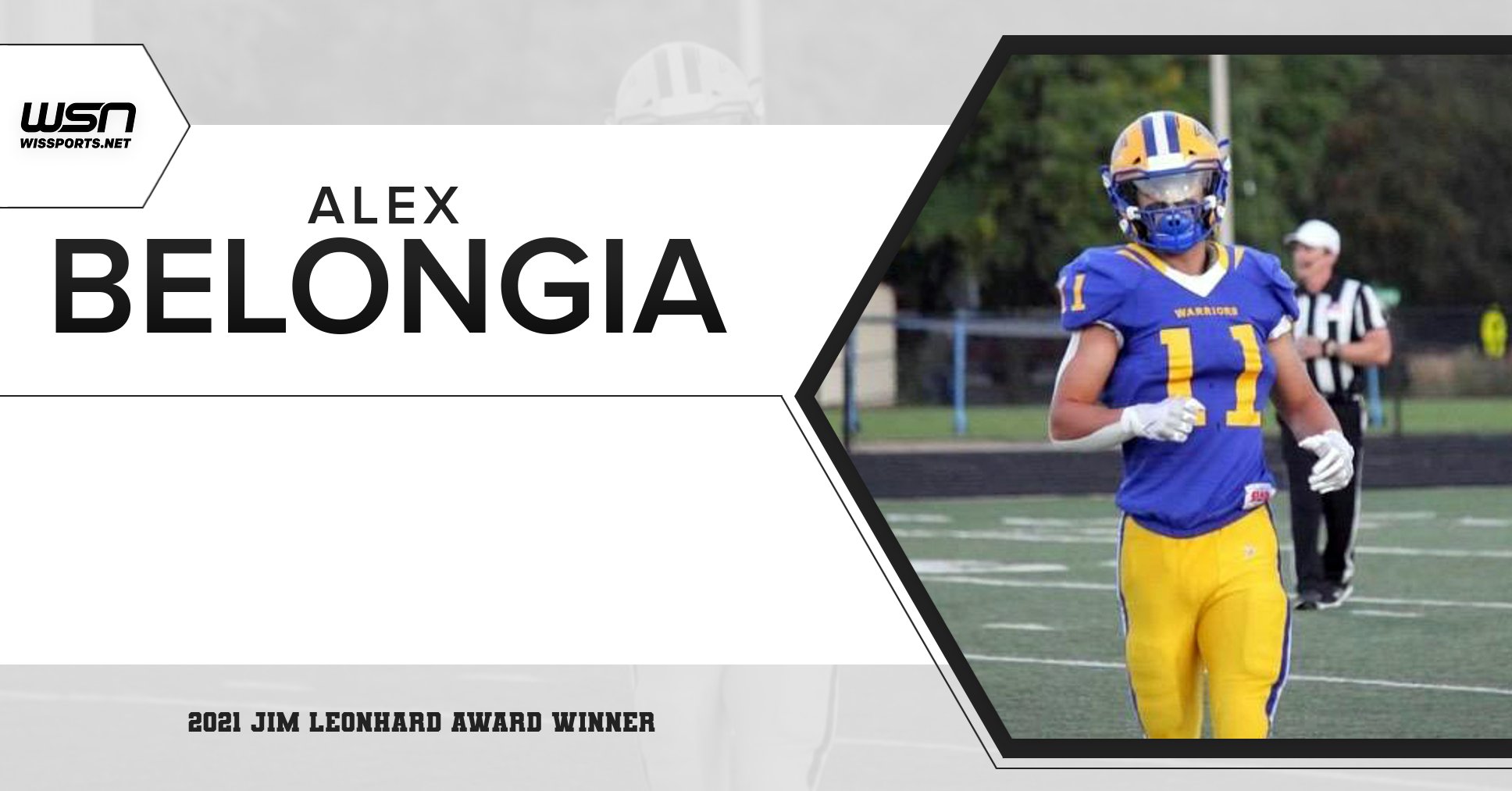 Wisconsin Sports Network and WisSports.net are proud to announce Rice Lake's Alex Belongia as the 2021 recipient of the Jim Leonhard Award as the most outstanding senior defensive back in Wisconsin, part of the WSN Senior Football Awards.

Alex Belongia of Rice Lake is one of the top two-way players in the state, earning First Team All-Conference as a receiver and defensive back, with Offensive Player of the Year honors in the Big Rivers. Belongia was recently named a WFCA Large School All-State selection on both offense and defense.

He could have easily been a finalist at either spot, but as the state leader in interceptions with eight, we've got him on defense. He also has 85 tackles for the Warriors, who are into the Division 3 state championship.

"I immediately thought about Coach Bowerman's comment about Jim Leonhard when he was playing at Flambeau high school: 'On one play he was making a tackle behind the line of scrimmage, so we would try to throw where he wouldn't be but somehow he was there picking it off!' That basically describes how opposing coaches have talked to us about Al."

Finalists for the award were Belongia, Logan Engeseth of DeForest, Daniel Martens of Franklin, Cole Toennies of Middleton, and Cole Trimborn of Nicolet.