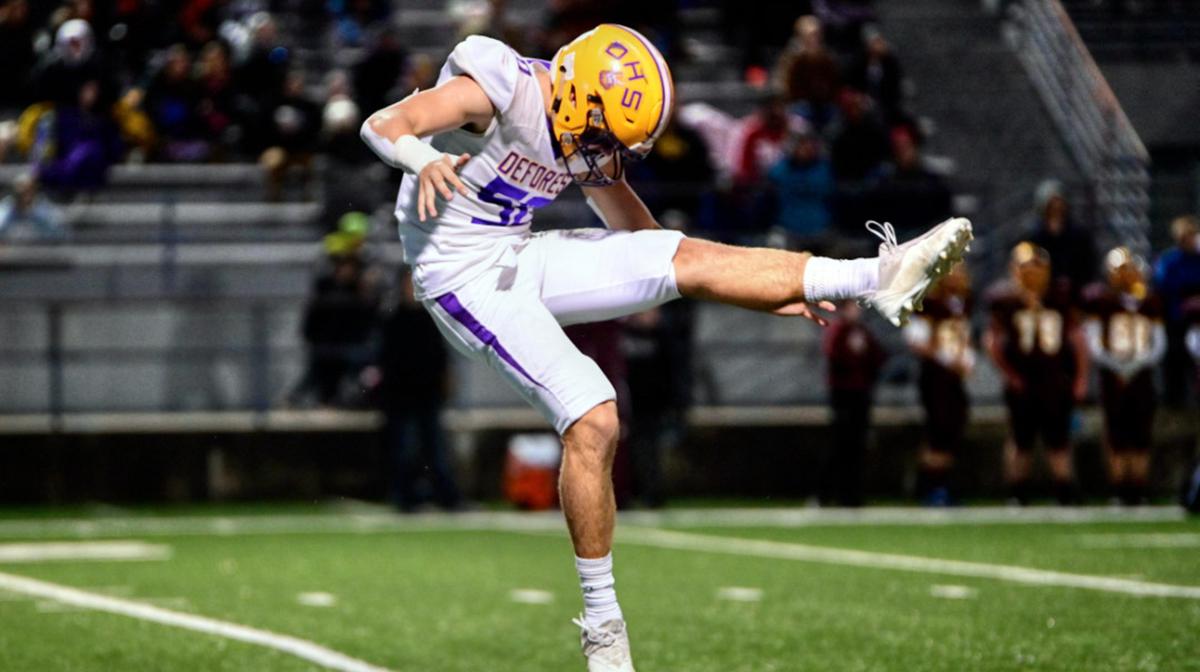 Wisconsin Sports Network and WisSports.net are proud to announce Watertown's Branden Fischer as the 2021 recipient of the Kevin Stemke Award as the most outstanding senior kicker or punter in Wisconsin, part of the WSN Senior Football Awards.

DeForest's Tyler Ebel was our top-ranked specialist coming into the season and showed why, averaging 41.9 yards per punt for the Norskies.

Nearly half of his punts were downed inside the 20-yard line. Ebel earned First Team All-Conference in the Badger-Large this year as a punter. He was also recently recognized as the WFCA Large Schools All-State punter.