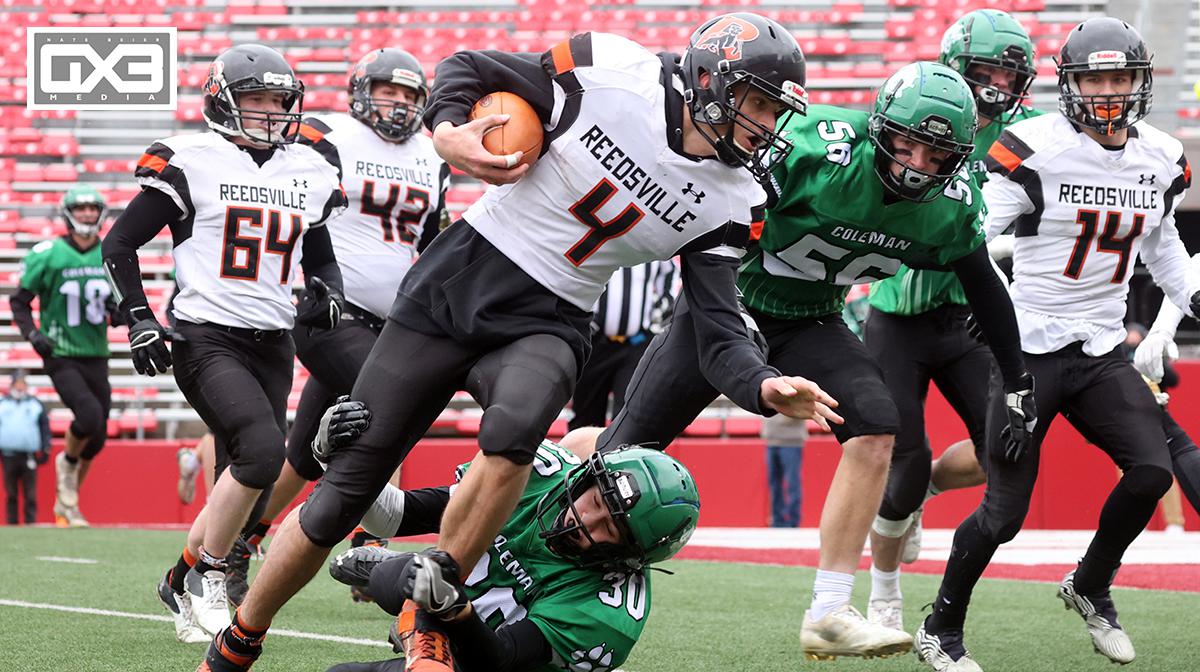 Reedsville took advantage of its first-half chances and controlled things in the second half en route to a 17-0 victory over Coelman in the 2021 WIAA Division 7 state championship at Camp Randall Stadium in Madison.

The Panthers blocked a punt on Coleman's first drive, and on the first offensive play of the game, Weston Liebzeit scampered nine yards for a touchdown and early lead.

Coleman rebounded and drove inside the Reedsville five-yard line, only to fail on a fourth and goal from the three yard line.

Reedsville got on the board in the second quarter following a Coleman fumble, driving 69 yards in six plays as Brennen Dvorachek got in the end zone on a two-yard sneak to make it 14-0.

Coleman once again drove inside the Reedsville ten yard line, but Noah Nosgovitz was picked off by Weston Liebzeit, who returned it out near midfield. Reedsville missed a chance to add to its lead as a 30-yard field goal attempt by Liebzeit was blocked.

The second half belonged to Reedsville, however, as they dominated the yardage 138 to 35, though a Liebzeit field goal was the only score the Panthers put up.

Reedsville racked up 254 yards on the ground, as they did not attempt a pass. Brennen Dvorachek led the way with 30 carries for 128 yards and a touchdown, as Liebzeit chipped in 73 and Cole Ebert added 55.