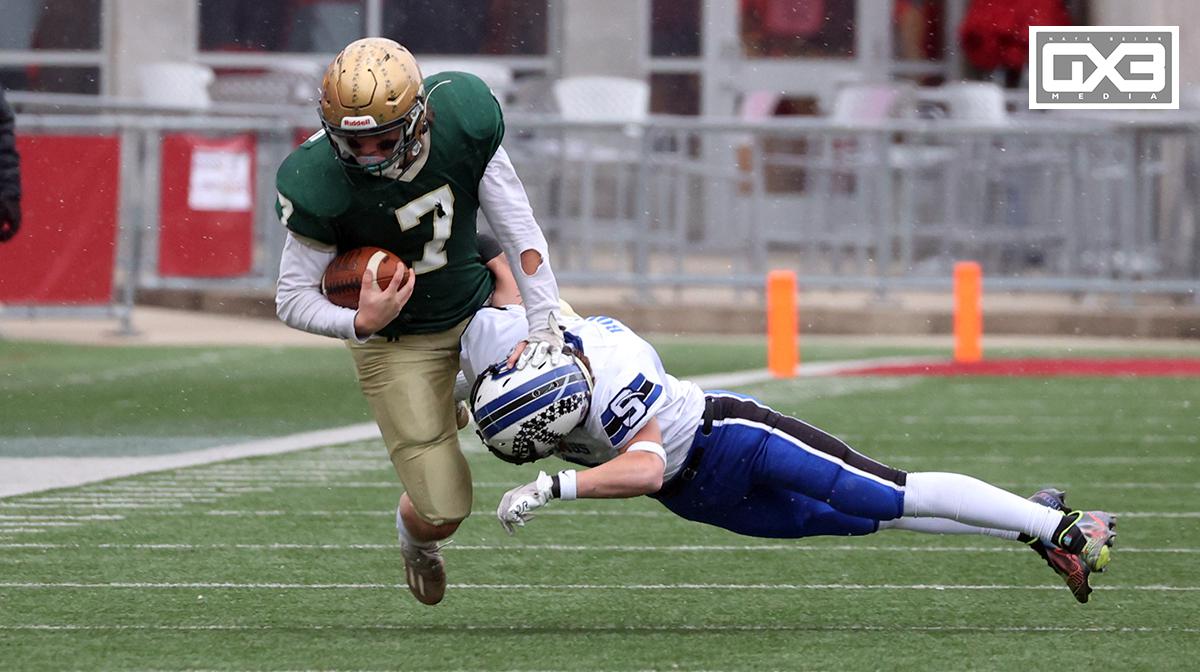 Colby senior Brent Jeske, one of three Jeske triplets for the Hornets, scored three, first-half touchdowns to stake the team to a lead they would never relinquish in a 22-7 victory over Saint Mary's Springs to claim the Division 6 WIAA football title in Madison.

One of the state's top two-way players who will head to Winona State, Brent Jeske racked up 130 yards on 25 carries in the game, including two touchdowns. He added 40 passing yards as well and finished with five tackles, including two for loss. Brent also returned a fumble 63 yards for a touchdown.

It was just part of an outstanding day for the Jeske triplets: Brent, Andrew, and Derek. Andrew recorded three tackles, but two of them were sacks, with one coming in the end zone in the second half for a safety. Derek joined Andrew as a starting offensive lineman for the Hornets.

Colby marched down the field and scored on its first possession of the game when Brent Jeske went in from four yards out.

After a Springs punt on its first drive, Jeske scored another touchdown with 5:04 remaining in the first quarter, this time from one yard out.

On the second play of the second quarter, Springs quarterback Cullen King mishandled the snap and it rolled towards Jeske, who scooped it up and outran the Ledgers for a 63 yard touchdown.

Springs was finally able to get on the board midway through the second quarter when Levi Huempfner bowled over a Colby defenders and raced 52 yards for a touchdown. However, it would turn out to be the only Ledger score of the game.

Colby controlled the second half, adding two points on Andrew Jeske's safety later in the fourth quarter to put things away.

It is Colby's fourth state championship and first since 2011. Saint Mary's Springs takes home a silver ball as runner-up after three consecutive titles from 2017 to 2019.