Pewaukee grinds its way to program's first title in Division 3 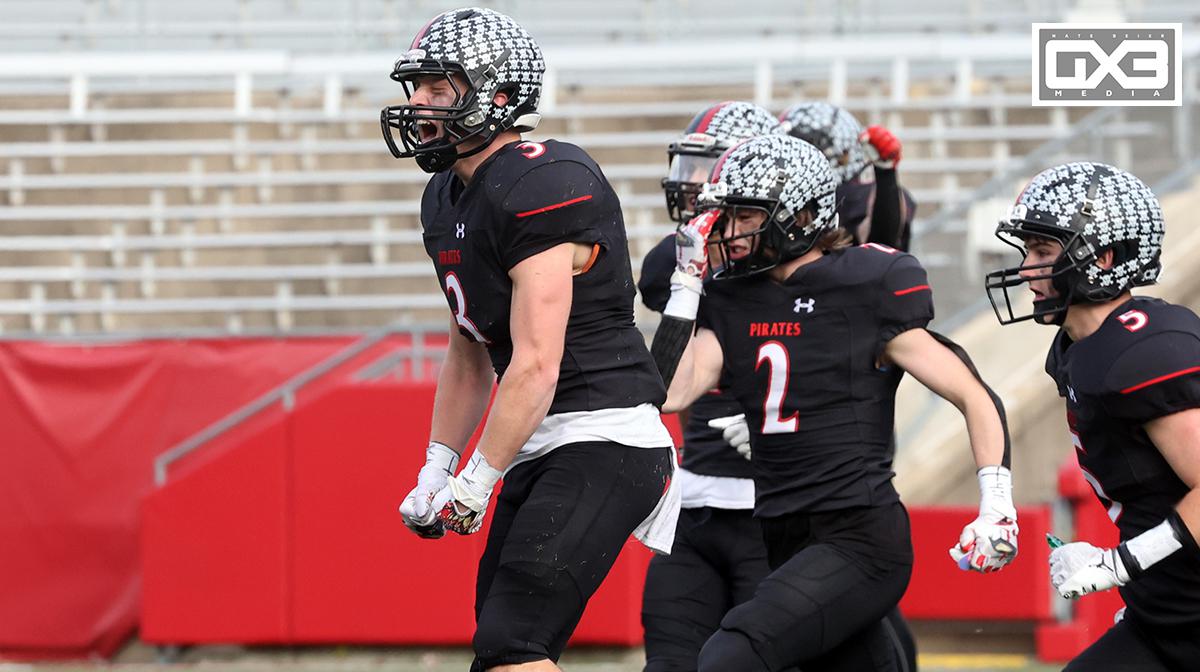 Pewaukee made enough key plays when it needed to in grinding out a 15-6 victory over Rice Lake to claim the Division 3 state title Friday morning at Camp Randall Stadium in Madison.

It started pretty easy for the Pirates, who marched 78 yards in 12 plays to score on their opening drive of the game, capped off when quarterback Carson Hansen plunged in from a yard out, with the two-point conversion giving Pewaukee an early 8-0 lead.

Rice Lake put together a long drive of its own, but a 74-yard march that took five minutes off the clock ended on a turnover on downs inside the Pewaukee ten yard line.

However, on the very first play, Pewaukee fumbled it back to Rice Lake, and the Warriors converted it into a touchdown on a four-yard Cole Fenske run. The two-point conversion failed, however, which would play a key role the rest of the way.

Pewaukee would have three more drives into Rice Lake territory in the first half, but came away with no more points, as the game remained 8-6 into halftime.

Rice Lake put together another nice drive in the third quarter, but a 14-play, 6:27 drive ended with no points when a 30-yard field goal attempt by Jace Fitzgerald hit the right upright and ricocheted back onto the field.

Pewaukee drove into Rice Lake territory but the Pirates turned it over on downs, giving Rice Lake one more shot.

Eight plays later, Rice Lake turned it over on downs, and Pewaukee answered with a touchdown drive that ended with a 26-yard Carson Hansen run as Rice Lake let the Pirates score to try to get the ball back, as Pewaukee claimed a two-score advantage at 15-6.

Rice Lake's desperation final drive ended with an interception, and Pewaukee was able to kneel out the victory.

Rice Lake was hampered on both sides of the ball when two-way All-State senior Alex Belongia left late in the second half with injury and despite giving it a go briefly, was not able to return to make an impact. Fullback Easton Stone went for 100 yards on the ground for the Warriors.

Pewaukee wins its first-ever state championship on its first trip to the state finals. Rice Lake takes home a runner-up trophy for the fourth time to go with a pair of titles.