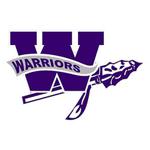 Waunakee senior Ben Farnsworth has been selected as the RallyAroundUs Athlete of the Week for the week of November 15-21 after a statewide vote on WisSports.net.

There were 2,472 total votes this week. Farnsworth topped all vote getters with 1,099 votes. Pewaukee's Carson Hansen came in second with 848 votes.

Farnsworth changed the momentum, set a state record and scored a touchdown all in one Friday in the Division 2 State Football Championship. Homestead scored with 2:12 left in the first half to tie the Warriors 7-7, lining up the for ensuing kickoff. 97 yards later, Farnsworth returned the kickoff for a score to put Waunakee back up before they eventually won 33-21. The senior receiver and returner added 32 receiving yards and 14 punt return yard to his state record for longest touchdown.