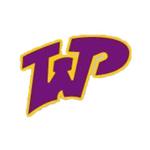 Westfield sophomore Carly Drew has been selected as the RallyAroundUs Athlete of the Week for the week of December 6-12 after a statewide vote on WisSports.net.

There were 3,311 total votes this week. Drew topped all vote getters with 1,039 votes. Roncalli's Luke Pautz came in second with 874 votes.

Drew was spectacular this past week, leading Westfield to a pair of wins and a 6-0 start to the season. In a 61-52 win over Amherst, the 5'8" sophomore tallied 28 points, six steals and five rebounds. Drew followed that up with a triple double in a 76-11 victory over Mauston. She finished the game with 16 points, 15 steals and 11 assists.

This past Monday, Drew continued her torrid start to the season by scoring 21 points in a 64-33 win over Lodi. She added five steals and four rebounds.