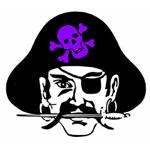 Grantsburg senior Carson Knutson has been selected as the RallyAroundUs Athlete of the Week for the week of December 13-19 after a statewide vote on WisSports.net.

There were 2,663 total votes this week. Carson topped all vote getters with 841 votes. Sparta's Ella Hemker came in in an extremely close second with 837 votes.

Grantsburg has started the season off 4-0 and has been led by their 5'11" senior guard Knutson. Despited only playing one game last week, Knutson was phenomenal in a 70-66 win over Turtle Lake. He poured in 36 points while adding nine rebounds, six steals and four assists. On the season Knutson is averaging over 24 points, four rebounds and four assists per game.