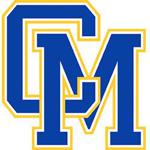 Catholic Memorial senior Grace Lomen has been selected as the RallyAroundUs Athlete of the Week for the week of December 20-26 after a statewide vote on WisSports.net.

There were 2,403 total votes this week. Lomen topped all vote getters with 1,023 votes. Benton's Rex Blaine came in second with 581 votes.

Lomen had a career night as she led Catholic Memorial to a 79-78 win over Oconomowoc last week. The UW-Parkside commit finished with a career high 37 points, 13 rebounds, three steals and three blocks. Lomen was fouled as time expired and stepped to the free throw line to clinch the win. She made the free throw line, winning the game for the Crusaders. On her career night, Lomen surpassed 1,000 career points.