Strong play off the bench, some timely shooting from the foul line and the ability to play in front for virtually the entire contest lifted Madison La Follette to an 83-73 victory over visiting Sun Prairie Wednesday evening.

La Follette's reserves outscored Sun Prairie's backups, 20-9, and the Lancers made 26-of-35 attempts from the free-throw line to hold off several charges by Sun Prairie.

The fact the Lancers raced to a 14-6 lead less than three minutes into the Big Eight Conference contest made it a tough climb for Sun Prairie, which played from behind from that point forward.

The Lancers led 45-34 at intermission, but Sun Prairie made two or three runs at the hosts, cutting its deficit to four points on a couple of different occasions.

However, senior K'Shawn Gibbs (6-0) and junior Mason Kleinsmith (5-8) came off the bench to make some crucial baskets during the middle part of the second half to help the Lancers remain in control.

Gibbs and Kleinsmith each scored nine points for La Follette, which improved to 6-0 in league play and 7-1 in all games. Kleinsmith hit two enormous three-point baskets in the second half while starters Kalaan Lee (6-4) and Arhman Lewis (6-0) sat out with foul trouble. 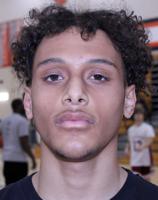 Despite his foul issues, Lewis (6-0) used his quickness, ball-handling skill and basketball savvy to score 16 points while rugged senior Camron Yahnke (6-3) finished with 19 points and was able to finish through contact while also making 9-of 12 attempts from the line.

Sophomore Quinton Lomack (6-3) was solid for the Lancers as well as he contributed nine points, and ever-improving junior forward Reak Riak (6-5) added nine points, including six on three two-handed dunks.

La Follette, ranked No. 6 among WIAA Division 1 schools in this week's WisSports.net Coaches poll, is tied with Middleton for first place in the Big Eight standings as both teams have won their first six league outings. Coach Curtrel Robinson will send his Lancers against Janesville Craig on Friday.

Sun Prairie slipped to 2-4 in the conference and 4-4 overall, but coach Jeff Boos' Cardinals were highly competitive throughout the contest against one of the state's elite teams.

Senior Ben Olson (6-4) was particularly effective against La Follette and the wing attacked the basket all night en route to scoring a game-high 28 points.

Senior Addison Ostrenga (6-4), a football recruit for Iowa, added nine points and played well in the post for the Cardinals.

Junior Darius Chestnut (6-2) overcame some early foul difficulties to score 18 points for Sun Prairie, which got outscored 26-12 from the free-throw line.

Sun Prairie's scheduled Big Eight game with Madison Memorial Friday has been postponed due to COVID-19 issues, but the Cardinals are scheduled to play host to Oconomowoc in a non-league game Monday.