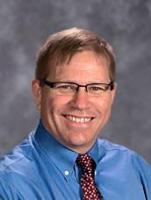 Written by Prescott baseball coach Jeff Ryan. With more than 20 years as a head coach, he was the WBCA Coach of the Year in 2013, a three-time District Coach of the Year, led the Cardinals to the 2012 Division 3 state title, and was inducted into the Wisconsin Baseball Coaches Hall of Fame in 2019.

Refs and Umps. Some fans in the stands view them as villains bombarding them with boos and catcalls usually associated with hated professional wrestlers. Screams of “Call the foul,” “Blow your whistle” and “You’re missing a good game,” echo throughout gymnasiums and ball fields throughout Wisconsin.

For experienced game officials having disgruntled spectators lob unkindly commentary their way on a Friday night is nothing new. Most veteran referees say having fuming fans is nothing more than an occupational hazard, a part of the game. However, when the source of the disparaging remarks and nasty vitriol come from a coach, the story and results are much different.

For coaches, technical fouls, unsportsmanlike conduct penalties, and ejections are the price they pay for unscrupulous behavior. “We certainly don’t want it to come to that,” says long time official Tom Rasmussen. “I think I speak for all officials in that coaches and refs have to communicate and work together during a game. If that is done, we’ll be fine.”

With 187 years of experience between them, this quintet of officials have seemingly seen it all. And when it comes to their interactions with coaches they have had some real humdingers.

“A few years back our crew was working a high intensity sectional tournament basketball game,” says John McGinley “During the game there was a call one of the coaches did not agree with and he more than let us know it.”

But that story does not end there. Three weeks later while the same official and his partner were attending the WIAA State Basketball Tournament with their families, the same coach recognized him in the stands and berated him once again for the same call.

It’s not just verbal outbursts, coaches employ other means of showing their irritation. “We get the coach timeout stare down from time to time”, says veteran official Paul Lehman. “Some coaches will stare you down after a time out before they talk to their players and think this helps them gain an advantage. That never works.”

Some in the stands believe such macho, intimidation tactics might give coaches the upper hand when it comes to officials, but according to Jim Celt that is not the case. “Attempting to intimidate through screaming, yelling, and berating just doesn’t work. Our job as officials is to be completely objective and professional when it comes to working games regardless of the behavior of the coach.”

“Officials are not infallible and like all human beings we make mistakes. The vast majority of coaches recognize that but a few just drone on and on about a call," says Dan Hoffman.”Some coaches will talk about something that happened in the first inning later during the sixth inning or complain in the fourth quarter about a penalty that was called in the first quarter. Coaches just have to learn to let things go and move on.”

Game action critiques are also likely to draw the ire of game officials. “Some coaches provide running commentary during games,” says John McGinley.  “They yell things like ‘Traveling’, ‘Three seconds’, or ‘Over the back’ during the entire game. Saying those things within an earshot of an official doesn’t help at all.”

Additionally, Hoffman also says coaches also use passive aggressive methods to criticize referees. “They will be talking to their players during a time out and saying things like ‘go ahead and start holding because they are not calling it tonight’ or ‘stay in the lane as long as you want because the refs are not calling three seconds.’  They make these comments to their players but want the officials to hear them. When an official tells them to stop they will innocently say ‘I was talking to my players’. We all know those negative comments are directed at us.”

“When it comes to communication with coaches it’s pretty easy to tell early on what the night is going to be like,” says Paul Lehman. “During the pregame conference usually with the handshake or fist bump you can get a pretty good idea of how the coach and his team are going to behave.” Negative non-verbals and short, curt pre-game conversations can be a sign of tough night.

However, these WIAA referees and umpires say it’s pretty simple. “It comes down to three things: respect, civility, and professionalism,” says Paul Lehmann. “If those things are present, even when we disagree, there will be few if any problems during any game.”

The fact today’s high school coaches are under enormous pressure to win is not lost on officials. “We understand coaches get a lot of heat from fans,” says Rasmussen. “It’s not easy being a head coach today and sometimes the strain they are under shows up during a game. We get it and try to do our best to calm coaches down. They have a tough job and we certainly respect what they do. We just want the same in return.”

“That is absolutely correct,” says Jim Celt. “Many times it isn’t what the coaches say, it is how you say it that leads to a problem. Telling a referee ‘they are terrible’ or ‘pathetic’ gets us nowhere. Approaching officials with a civil, level headed demeanor will get the coach even more respect.”

And when it comes to the demeanor, the head coach holds an enormous amount of influence on how players and fans treat officials during a game. “If the coach screams and yells at the officials and treats them with disrespect, you will almost always find the same thing from the players and spectators. They usually go hand in hand,” says Rasmussen.

“Don’t yell at an official across the field, diamond, or the court,” says Dan Hoffman. “Instead of screaming at a referee, ask ‘what did you see?’ instead of telling him what you saw. Asking questions of officials instead of telling or yelling at them goes a long way in developing good rapport between us and the coach.”

Excitement and emotion have always been an important part of high school athletics and the environment of prep sports is what makes officiating so enjoyable for these veteran referees. “We know coaches can get caught up in the emotions of a game and as officials we don’t want to take away the excitement. We don’t expect coaches to be mute on the sidelines.” says John McGinley. “Coaches can get carried away from time to time but that happens. That excitement is part of the allure of high school athletics and we as officials don’t want to take anything away from a great atmosphere.”

“We take a lot pride in doing what we do and never enter a game with any preconceived notions of the teams playing,” says Hoffman.

For years stories of biased game officials after a loss have been the topic of conversations on the team bus ride home and the next morning at the local coffee shop. That charge is met with an eye roll by all five officials. “Officials hear that a lot,” says Paul Lehmann, “and it usually makes us chuckle.”

“It is all about being a professional. Contrary to the beliefs of some, we do not drive two and half hours on a Friday night to referee a football game with the intent of giving one team an advantage. No referees do that,” says Lehman.

“Most of the coaches we have worked with over the years get it,” says Rasmussen. “They have the proper perspective and an understanding of their role as a coach and ours as an official. And it’s always important to be objective even when the intensity level is high.”

This year officials Paul Lehmann, Tom Rasmussen, Jim Celt, Dan Hoffman, and John McGinley will work their share of WIAA high school games. The positives of officiating far outnumber the negatives associated with a job each has thoroughly enjoyed for decades. The friendly relationships each has developed throughout their careers extends not only to the officiating fraternity, but also to head coaches in the dugout, those standing court side, or roaming the sideline.

Today, the number of people going into officiating is dwindling. Ask any Athletic Director and they will tell you the same. So it’s incumbent on head coaches to treat today’s remaining officials as they want to be treated. With civility, respect, and professionalism. If this is done, in the words of 50 year officiating veteran Tom Rasmussen, “We’ll be just fine.”