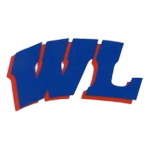 Wisconsin Lutheran junior Jamiir Allen has been selected as the RallyAroundUs Athlete of the Week for the week of January 17-23 after a statewide vote on WisSports.net.

There were 3,380 total votes this week. Allen topped all vote getters with 1,458 votes. Mineral Point's Blair Watters came in second with 1,164 votes.

Wisconsin Lutheran is ranked second in the WSN Boys Basketball Division 2 Coaches Poll. Allen plays a key role on one of the top teams in the entire state. Last week in a 71-66 win over Brookfield Central, the junior guard had 24 points, five rebounds and three assists. He followed it up with 13 points, five rebounds and three assists in an 85-46 win over South Milwaukee. Wisconsin Lutheran then faced off with Minnehaha Academy at the annual Wisconsin vs Minnesota Border Battle. Allen scored a team high 21 points and added five assists and six steals.

This week Allen helped Wisconsin Lutheran to a 86-49 blowout of New Berlin Eisenhower. He had 11 points, six rebounds and four steals.