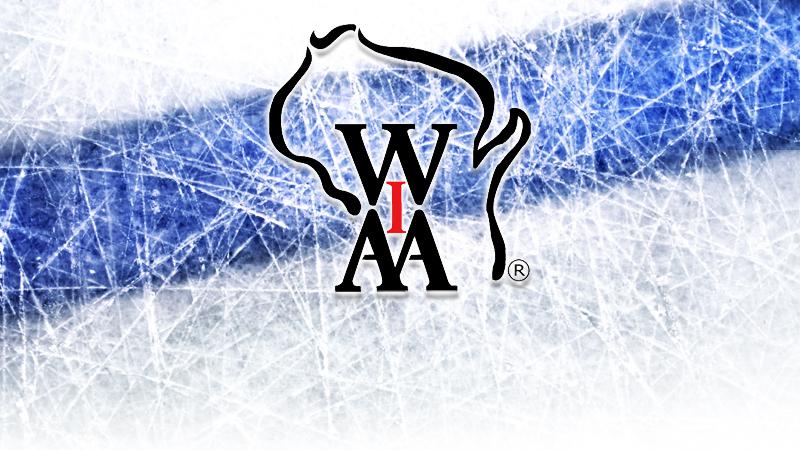 TICKET INFORMATION: Ticket prices for the tourney are $11 per session plus online fees, and they can be purchased on-line on the WIAA website through GoFan, the WIAA ticketing partner, at:  https://gofan.co/app/school/WIAA2.

SEMIFINALS STREAMED ON NFHS NETWORK:  The boys and girls semifinals will be streamed live on the WIAA.TV portal of the NFHS Network.  To purchase a subscription to the live programming for only $10.99 per month, log-on to www.wiaa.tv or www.nfhsnetwork.com and click on the subscription button located on the page header. Archived streams of the sessions will be available On Demand on www.nfhsnetwork.com 72 hours after the tournament.

LAST YEAR:   Hudson won the Division 1 championship by defeating former defending champion Verona 4-0 in the Division 1 title game. St. Mary’s Springs was the champion in Division 2 for the second straight season, topping Superior 4-1 in the final. In the girls final, the co-op of Chippewa Falls/McDonell Central/ Menomonie captured the championship with a 3-2 overtime victory over the University School/Divine Savior Holy Angels/Dominican/Milwaukee King/Nicolet/ Shorewood/Whitefish Bay Co-op in the final.

TOURNAMENT TEAM HISTORY:  The first WIAA State boys hockey championship game was held in 1971. The tournament expanded to two divisions for the first time in 2020. The two-division format features four teams qualifying for the State Tournament in each division. Superior won the first championship and has won 12 more since to give the Spartans a membership-leading 13 State titles. Madison Memorial has won eight titles; Hudson has won five; and Madison East has earned four. The first girls tournament was held in 2002. The D.C. Everest and Mosinee Co-op program has won three State crowns. Those came in 2008, 2012 and 2017. Hudson won the first two girls titles in 2002 and 2003, and one version of the River Falls Co-op won championships in 2010 and 2011. Another River Falls configuration of the Co-op, with a different configuration of schools, skated to the title in 2009. One version of the Hayward Co-op won the title in 2013 and another version, adding three additional schools, won in 2016. One configuration of the Xavier Co-op won back-to-back championships in 2019-20.

THE BOYS DIVISION 1 FIELD:   Defending champion  Hudson is the top seed in the bracket. The Raiders qualify for the tournament for the 13th time and for the sixth time in the last seven seasons. They have five State titles on their ledger. The first came in 2001 with the second coming in 2004. The Raiders then won back-to-back championships in 2017-18 before capturing the crown again last season. They also advanced to the championship final in 2016 and finished runner-up. This season, they defeated Superior 5-2 in the sectional final held in Chippewa Falls to continue their quest for back-to-back championships.  Notre Dame is the second seed. The Tritons are making their fourth State appearance in the last five years and their ninth overall. Their first five appearances came consecutively from 2010-14. The Tritons’ one State championship came in 2012. They also advanced to the title game in 2020 and finished runner-up. They qualify this season following a 7-2 win over the Neenah Co-op in the sectional final hosted by Notre Dame. Third-seeded Edgewood is back in the State Tournament for the first time since 2016 and for the sixth time overall. The Crusaders’ most notable experience was a runner-up finish in 2008 when they advanced to the quarterfinals. This year, they advance to the semifinals through the Sun Prairie Sectional with a 5-1 victory over Waunakee in the final. University School of Milwaukee is the fourth seed. The Wildcats return to State for the fourth straight season and for the 15th time overall. They have won three State titles. The program’s first championship came in 2006, and then they added their second title in 2010. Their most recent championship came in 2019. This season, they return in pursuit of their fourth title after earning a hard fought 5-4 victory in double overtime against Brookfield East Co-op in the final of the Arrowhead Sectional.

THE BOYS DIVISION 2 FIELD:  Rice Lake makes its second State appearance in the past three seasons and their fourth overall. The Warriors have advanced to the semifinals in each of their previous experiences, qualifying in Division 2 in 2020 and in Division 1 in 1980 and 2009.  They qualify this year as representatives from the Amery Sectional following a 4-2 victory over Amery in the final.   Two-time defending champion St. Mary’s Springs is the #2 seed. The Ledgers have won State titles in the first two seasons they qualified as a stand-alone program. A co-op arrangement they were associated with qualified in 2018 and lost in the semifinals. They advance to the State semifinals again this season after rolling to a 10-4 win over Oregon in the final of the sectional hosted by the Ledgers. Baldwin-Woodville/St. Croix Central makes the program’s first-ever State Tournament appearance. The Blackhawks began celebrating their first time qualifying following a 5-3 win over the Somerset Co-op in the Sectional final game played at Somerset. Fourth-seeded Lakeland makes its second straight appearance at State after experiencing it for the first time in program’s history last season. The Thunderbirds advance to the semifinals this season comes by virtue of a 3-1 triumph over Mosinee in the Northland Pines Sectional final.

THE GIRLS FIELD: The top-seeded team in the bracket is the 17-school Xavier/Appleton East/North/West/ Brillion/FoxValley Lutheran/Freedom/Hortonville/Kaukauna/Kimberly/Little Chute/Menasha/Neenah/New London/St. Mary Catholic/Two Rivers/Wrightstown Co-op. This rendition of the co-op makes its first appearance at State. A different version of the Fox Cities Stars Co-op won the State title in each of their first two  appearances in the tournament. Those came back-to-back in 2019 and 2020. To qualify for State this year,  Xavier Co-op defeated the Green Bay East Co-op 7-6 in a relatively high-scoring affair in the Arrowhead Sectional final. The D.C. Everest/Marathon/Merrill/Mosinee/ Wausau East/ Wausau West Co-op, the #2 seed, makes its fourth appearance at State overall with each of those experiences coming in the past five seasons with this configuration of schools. This version of the Storm fell in the semifinals in their first three appearances, including 2018, 2019 and again last season. The co-op, without Marathon and Merrill, won three titles and made 10 State appearances. The three championships came in 2008, 2012 and 2017. They also advanced to the championship game in 2011 and finished runner-up. This season, the Storm clipped the Hayward Co-op 2-1 in the sectional final played at D.C. Everest to advance to the semifinals. The Middleton/Dodgeville/Edgewood/Madison Memorial/ Madison West/Mount Horeb/Verona Co-op has been issued the third seed in the tournament. The Metro Lynx will be making their second appearance at State after their first trip resulted in a runner-up finish in 2020. The opportunity to continue pursuit of the program’s first championship  comes following a 7-2 victory over the Viroqua  Co-op in the sectional final played at Sun Prairie. The Onalaska/Aquinas/Bangor/Gale-Ettrick-Trempealeau/Holmen/La Crosse Central/Logan/West Salem Co-op  advances to the State semifinals for the first  time in this configuration. The co-op, with a different combination of schools, has qualified four other times. In addition, Onalaska qualified as a stand-alone program six times, all coming in succession from 2002-07.  As a stand-alone program or with different versions of the co-op, Onalaska has finished runner-up five times. This year, the Hilltoppers advance to the State semifinals following a 2-0 blanking of the Somerset Co-op in the final of the Chippewa Falls Sectional.

STATE MEET INFORMATION ONLINE:  Information, including rosters and statistics, for 2022 State Boys and Girls Hockey Tournament is available online for the media on the restricted area of the WIAA Media Center. Access the hockey option on State Tournament Info. page linked in the menu on the Media Center. Please be aware that no programs will be distributed to media at the tournament.

COVID-19 MEDIA GUIDELINES:  For the health and safety of media State Hockey Tournaments, the following guidelines have been established for the media.

• Fully vaccinated individuals with booster shots should consider wearing a mask in areas of high likelihood of transmission.

• Masks are strongly encouraged for individuals not fully vaccinated.

TITLE IX 50TH ANNIVERSARY RECOGNITION: The WIAA launched a year-long celebration commemorating the 50th anniversary of Title IX legislation at the  first-ever State Girls Individual Wrestling Tournament in January. A complimentary commemorative program will be available at all State Tournaments throughout the year. Participants in all girls’ State Tournaments this year will receive a commemorative bag tag, and recognition of the campaign will be promoted on tournament signage, t-shirt giveaways, stories and facts on the WIAA website and social media platforms.

ORDER STATE TOURNAMENT APPAREL: WIAA licensed apparel is available online for the 2022 State Boys & Girls Hockey Tournaments. Access the Boys and Girls State Hockey Tournaments online store through a partnership with Tier 1 Sports  at https://tier1sports.com/product/2022-wiaa-state-hockey/ or by clicking on the link on the boys or girls hockey tournament pages on the WIAA website.

NEED RESULTS?:  The quickest way to get State hockey results will be to access the WIAA website at www.wiaawi.org and navigate to the respective hockey homepage.