Is it time for a change to basketball state tournaments and division structures? 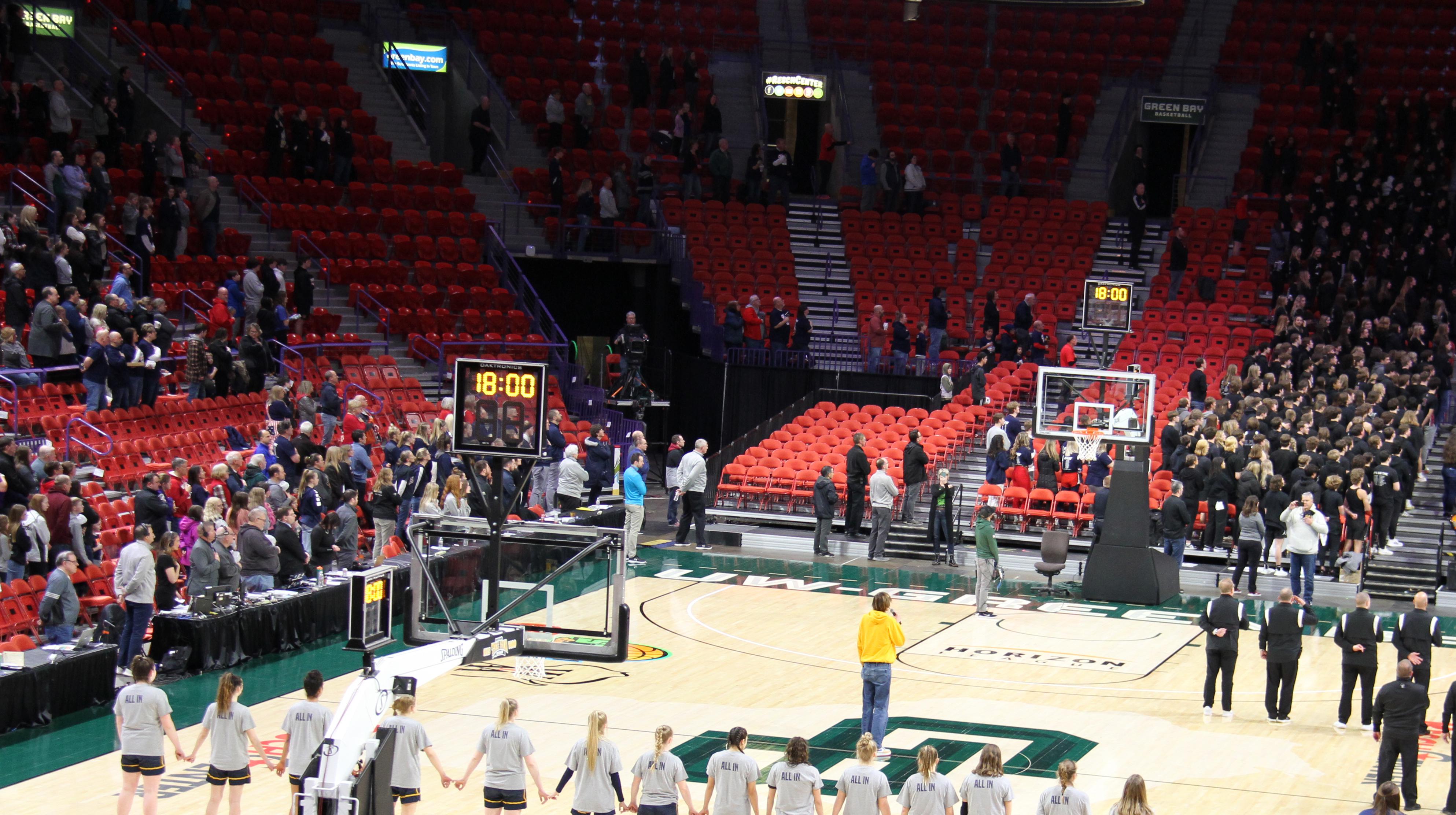 The recently completed boys and girls WIAA state basketball tournaments were a breath of fresh air, returning to the Kohl Center and Resch Center, respectively, for the first time since the COVID shutdown of 2020.

Seeing enthusiastic crowds with no spectator limitations supporting the outstanding teams and players on the state's biggest stage was yet another significant step on the return to normalcy. The pageantry was back -- the video introductions, the bands, the cheerleaders, the student sections, the cheers, the basketball.

However, after sitting courtside at both the Resch Center and Kohl Center over the course of two weekends, it was clear that things weren't quite back to "normal".

They were the biggest crowds to watch high school basketball in Wisconsin since 2019, but they were noticeably smaller than what we've seen over the last decade.

Those observations were confirmed by attendance figures reported by the WIAA.

A year later, in the first season at the Resch Center in Green Bay, the girls tournament drew 39,966, and had averaged more than 37,000 fans in the seven-year run from 2013 to 2019. This year's attendance was a drop of about 12% from that seven-year average. For a full girls state tournament attendance history, click here.

The attendance story for the boys basketball tournament was even more bleak. The total attendance for the 2022 event was just 58,508. That marks the lowest attended state tournament since 1950, when there were just 10 total games in five sessions in the much-smaller UW Fieldhouse. Since the WIAA went to the current state tournament format in 2011 with five divisions, 15 total games, and seven sessions, the average attendance was over 81,000. For a full boys state tournament attendance history, click here.

That marks a more than 25% decrease in 2022, despite what was hoped to be pent-up anticipation and excitement about the first state tournament games in Madison in more than 1,000 days.

The return of the state tournaments to their traditional venues, even with the lower attendance, is certainly important to the WIAA's finances. Those two events normally produce a significant amount of revenue for the Association, and serve as two of the largest moneymakers, helping pay for state tournaments and playoffs for the many other sports that lose money.

Why the attendance at the state tournaments was so low, especially for the boys events, is an important question the WIAA will review in the coming weeks and months. As posed on Twitter, I think a few reasons include:

I have a suggestion for a revised state tournament structure that coincides with another topic many people in the basketball world have been debating that could address the low attendance figures and complaints about how the playoff divisions are established.

Since the WIAA moved to five divisions in boys and girls basketball playoffs in 2011, coaches and supporters in the largest schools have lamented the loss of eight Division 1 qualifiers at state. Some general fans, who attend the state tournament year-after-year even if they rarely attend local games, have also complained about getting to see fewer of the marquee names and teams in Madison and Green Bay.

In the first year of five divisions, the WIAA attempted to assuage Division 1 coaches with a Super Tuesday idea that gave D1 sectional finals a spotlight on the Tuesday of the state tournament, away from all other divisions that kept sectional finals on the previous Saturday. The games were held at large, college facilities and streamed around the state at a time when streaming was still in its infancy.

However, still upset at the loss of eight teams at state, most Division 1 coaches were unwilling to support anything from the WIAA. Bad weather that forced the postponement of a couple of the girls Super Tuesday games exacerbated the issue and gave additional ammunition to those that were looking for any reason to disparage the concept and cast aspersions at the WIAA.

While some have floated the idea of bringing back eight Division 1 teams while retaining five divisions, such a schedule does not fit within the current three-day state tournament structure, and the WIAA has been hesitant to explore adding another day for the event.

Using the new computer formula used to seed both regionals and the state tournament this year, the six state qualifiers would be seeded, with the top two seeds getting a bye into Friday's semi-finals, while the other four would play Thursday in quarterfinals, with the third-seed facing off against the number six seed, and the four-seed meeting the five-seed.

Whether such a proposal would result in adding the additional D1 games to Thursday morning, or re-shuffling the order of the Thursday contests could be further discussed.

This would allow the WIAA to fill the currently open Thursday morning time with two more games. This session could be used to help fill bring additional fans to the state tournament, provide more players and teams the state tournament experience, add additional revenue for the WIAA as it continues to recover from the COVID shutdown, and perhaps give a way for Division 1 coaches and supporters to move positively forward.

No other divisions would be negatively impacted, though there are some small-school supporters who would likely express displeasure with larger schools getting further preferential treatment.

The largest drawback to such a plan would undoubtedly be the significant advantage provided to the top two seeds in Division 1 that would receive byes into the semi-finals. That is a huge step up in comparison to the bottom four seeds that would have to win three games in three days in order to claim a title. No doubt, there would be controversy over who should and who would receive the top two seeds, and whether the number three or four seeds should have gotten the bye instead. The computer formula, which did receive some complaints in the regional seeding though fewer objections in the state tournament seeding this year, would come under further scrutiny.

Would Division 1 coaches be supportive enough of getting two more of their teams to the state tournament in exchange for the advantage-disadvantage situation that would exist with two teams getting byes into the semi-finals? 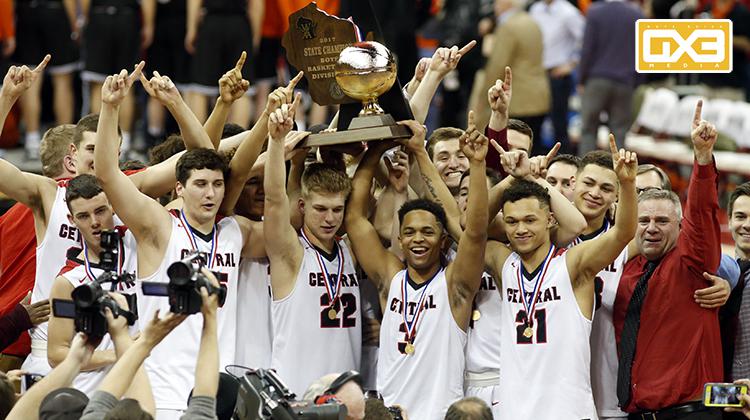 The five-division playoff structure was implemented in 2011 after much debate, discussion, and controversy. Except for a minor tweak a few years ago that adjusted the number of teams in Division 5, it has remained intact for more than a decade despite significant changes in demographics and enrollment trends.

One of the driving factors for the five division plan was that teams that had been in the lower end of the old Division 1 format were at a significant disadvantage against much larger teams, some nearly three times bigger. Those small D1 teams usually struggled to get deep in the playoffs or experience success when they did get to the state tournament.

However, demographics in Wisconsin have continued to see drastic change in recent years, with many suburban areas exploding in population. This has resulted in many of the top teams in the state in both boys and girls basketball residing in Division 2 in recent seasons, including schools like Kaukauna, Pewaukee, Notre Dame, Milwaukee Washington, La Crosse Central, Beaver Dam and Nicolet. The depth and quality of talent for both individual players and teams has been outstanding in Division 2, arguably as good as Division 1.

The gap that used to exist between teams in the 900-1200 enrollment range and the larger schools of 1800+ just isn't as significant anymore.

My proposal would change how divisions are determined across the board.

Understanding that enrollments are declining in the state and more schools are in the lower ends of enrollment, my plan would adjust accordingly: Division 1 would feature teams of more than 1100. Division 2 would include teams with enrollments between 500 and 1100. Division 5 would be for the smallest 112 teams. The remaining teams would be split equally between Divisions 3 and 4.

While this plan would not completely equalize the number of teams in each division as some would like to see, it would bring them closer in line, while maintaining reasonable gaps between the largest schools in a division and the smallest. Division 1, which would add two teams at the state tournament in my plan, would see the total number of teams in the division increase about 20%.

Below are the impacts on the total number of teams in each division under the current system compared to my proposal, using enrollment figures that the WIAA placed teams in for the 2021-22 postseason.

Please note that some teams canceled seasons after the WIAA placed teams within divisions, resulting in fewer than 128 teams in Division 5. I did not include those teams in my proposal. Also, the enrollments, division placements, and number of teams in each division would be different for 2022-23 based on updated enrollment figures.

The full proposed division placements and any changes in divisions are at the bottom of the article.

My proposal would have two main tenets: add two more Division 1 teams to the state tournament and adjusting the placement of teams within the five basketball playoff divisions.

It would add more teams to the state tournament, give more players and communities a state tournament experience, increase attendance, increase revenue, bring more equity to the number of teams in each division, and re-balance how teams are assigned to postseason divisions.

If nothing else, it serves as a discussion starter for the key stakeholders in the state, including the Wisconsin Basketball Coaches Association and WIAA, to chart a path forward as they continue their work of making high school basketball in Wisconsin the best it can be.