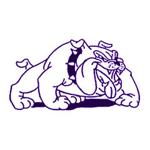 Boyceville senior Jacob Granley has been selected as the RallyAroundUs Athlete of the Week for the week of April 18-24 after a statewide vote on WisSports.net.

There were 2,010 total votes this week. Granley topped all vote getters with 719 votes. Freedom's Grace Hambel came in second with 381 votes.

In Boyceville's game Monday, Granley went two for four with two RBIs and two steals in a 12-2 win over Glenwood City.