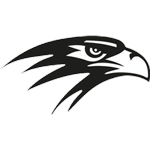 Bloomer senior Calley Olson has been selected as the RallyAroundUs Athlete of the Week for the week of May 9-15 after a statewide vote on WisSports.net.

There were 2,962 total votes this week. Olson topped all vote getters with 1,103 votes. Sugar River's Anya Brenkman came in second with 699 votes.

Olson was nothing short of spectacular this past week on the mound and at the plate for the Bloomer softball team. She began picking up both wins in a double header against McDonell Catholic. In the 9-0 game one win, she struck out 18 and allowed just one hit over seven innings. In the 6-1 game two win, she struck out another 15 batters and allowed just one run on four hits through seven innings. She went three for five with two home runs and five RBIs in the two games. In a three inning, 23-1 win over Regis, Olson struck out eight batters and allowed one hit over three innings, as well as going four of five from the plate with four RBIs. Olson continued her week with a six inning perfect game in a 10-0 win over Weyauwegae-Fremont in game one of a double header. She struck out 15 batters. She then won game two of the double header, striking out 11 batters and allowing one hit in an 11-0 victory.

Olson recorded another complete game win in a 7-2 victory over Prescott this past Tuesday. She struck out 12 batters, allowed seven hits and two runs in the win.

Bloomer earned the top seed in its sectional and had a first round bye in the WIAA Division 3 Playoffs. Olson and the Blackhawks will take on ninth seed Frederic/Luck in the second round next Tuesday.