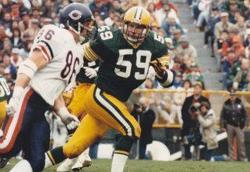 The John Anderson Award is presented annually to the state's top senior linebacker as part of the WSN Senior Football Awards. The award is named after John Anderson, a former Waukesha South standout who went on to star at the University of Michigan and later with the Green Bay Packers.