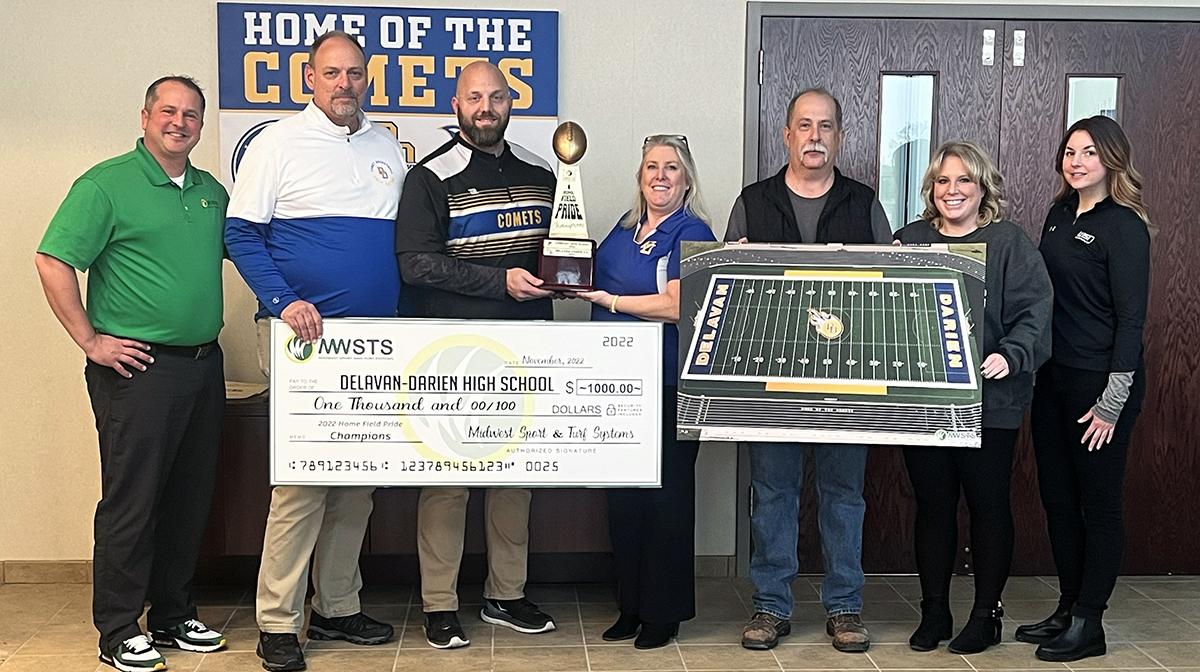 Representatives from Midwest Sport & Turf Systems and WisSports.net present the check as winners of the Home Field Pride Contest to staff from Delavan-Darien 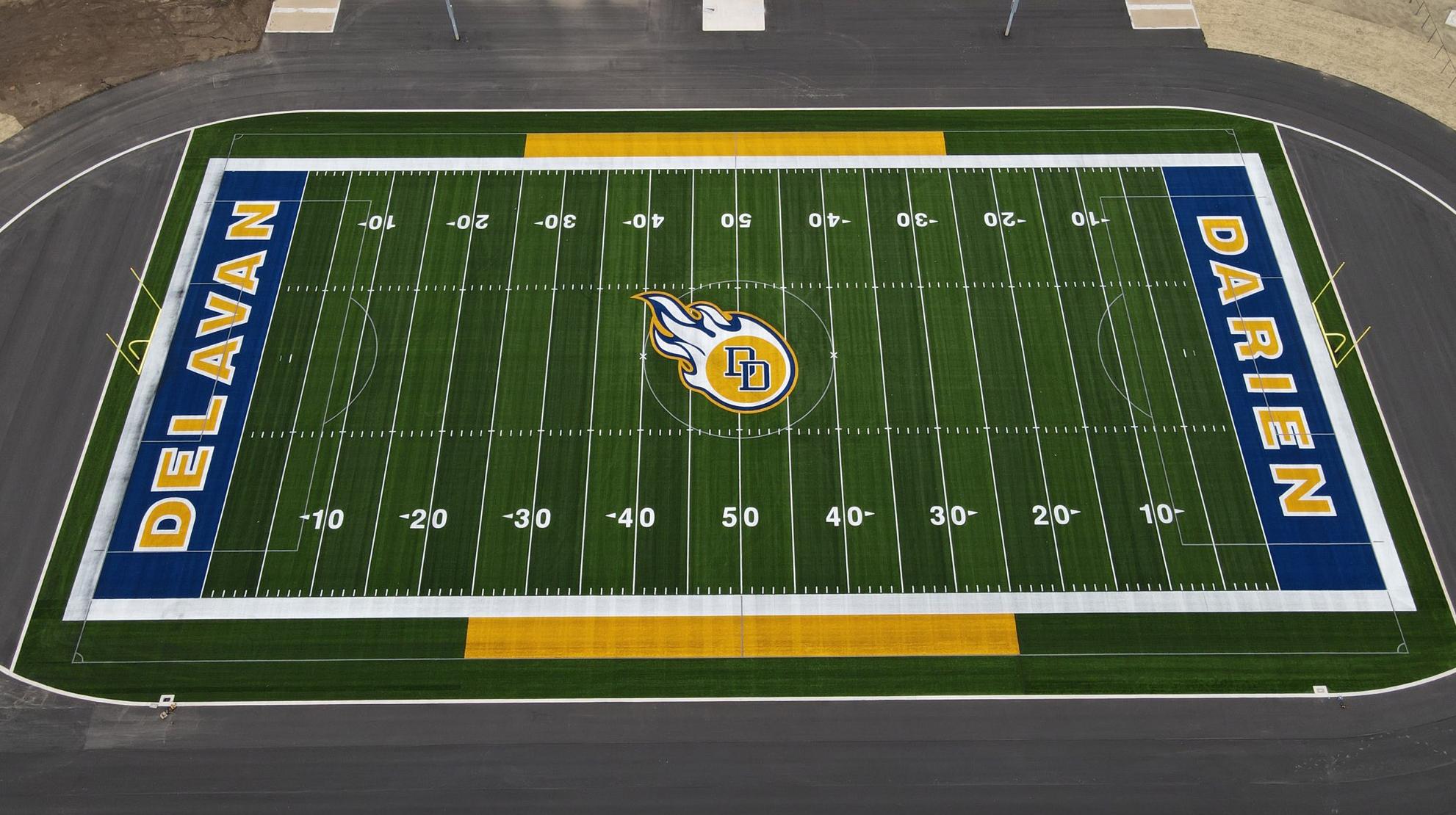 Delavan-Darien High School's Borg Stadium has been selected as the best football field design and construction provided and installed by Midwest Sport & Turf Systems for 2022 after a statewide vote on WisSports.net.

Borg Stadium emerged from a group of 41 nominees to receive the recognition, garnering 4,754 votes in the finals of the contest, out-pacing the 4,312 votes for Durand-Arkansaw. There were a total of 17,865 votes cast in the finals of the Home Field Pride Contest by the nine nominated schools.

Delavan-Darien will receive a $1,000 donation from Midwest Sport and Turf Systems for winning the Home Field Pride Contest, with a presentation ceremony to be announced soon.

The upgrades were made possible by a facilities referendum passed in 2020 by the district's voters.

"It has restored a lot of pride in our school and community," said Delavan-Darien District Administrator Dr. Jill Sorbie. "Our color combination of the field as well as the rest of the sports complex makes our design beautiful and eye-catching."

The district worked with Midwest Sports and Turf Systems to install the synthetic playing surface, which is utilized by boys soccer, girls soccer, and football as well as youth soccer and football. The field is utilized every day unless there is snow.

"Midwest Sports and Turf has been fantastic," said Dr. Sorbie. "They were helpful in the design stage as well as the caring for post-installation phase."

The school and community rallied around the voting for the Home Field Pride Contest, with the highest point total in the first group of voting with 2,817 before winning the Finals vote. The school used social media to spread the word and encourage supporters to vote in the contest.

A huge thank you to all the schools, students, administrators, and supporters who voted in the Home Field Pride Contest over the last four weeks. More than 40,000 votes were cast in total, which is an absolutely incredible number.

A fast-growing Midwest-based company specializing in sports construction and synthetic turf related projects, Midwest Sport & Turf Systems has installed and serviced many of the turf fields that have become increasingly popular at schools around the state. To highlight these communities and their investments in their young people and student-athletes, WSN and MWSTS will select 41 recent MWSTS football fields to be featured as part of the Home Field Pride campaign.

These 41 incredible athletic fields installed by MWSTS will be split into four groups, and each week on WisSports.net, fans can vote on which field design and construction they think is the best. After the four preliminary rounds, the top two vote-getters in each round plus the next two top vote-getters overall (regardless of group) will move on to the finals, where the winner will receive a $1,000 cash donation from Midwest Sport & Turf Systems.

Last year's winner of the inaugural Home Field Pride Contest, the Amherst Falcons and Heartland Farms Field, is moved to emeritus status and a new 2022 winner will be crowned.

So follow along beginning Saturday, September 24th and vote for your favorite in each of the weekly preliminary rounds and the finals, which will be conducted from Saturday, October 22nd to Thursday, October 27th. If your school is selected, be sure to share with your school and community, and encourage your supporters to vote once per day per device!