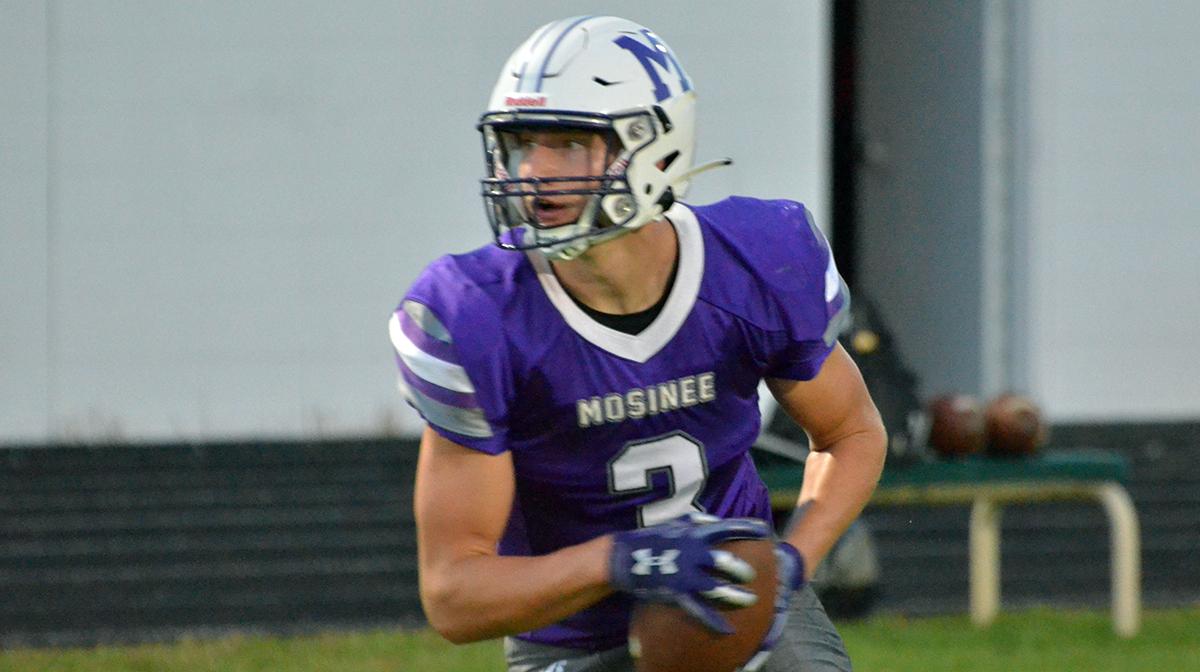 Wisconsin Sports Network and WisSports.net are happy to announce Mosinee's Davin Stoffel as the 2022 recipient of the Al Toon Award as the most outstanding senior wide receiver in Wisconsin, part of the WSN Senior Football Awards.

Davin Stoffel lines up all over the formation for Mosinee, from a split end to tight end to the slot. Regardless of where he lines up, he makes an impact in all facets.

In addition to being an elite down field blocker and excellent run blocker, the 6'6", 215-pound Stoffel caught 51 passes for 1,012 yards and 17 touchdowns. The South Dakota State tight end recruit is also a standout linebacker for the Indians.

"Davin is a two-year captain for our team and is a strong leader both on and off the field," said Mosinee head coach Kyle Stoffel, his father. "He is our vocal leader and leads by example with his hard work on the field, in the weight room, in the classroom, and in the community. His play and leadership has led our team to back-to-back 7-0 conference championships."

The award is named after Al Toon, a graduate of the University of Wisconsin who still ranks in the top three or four of almost all game, season, and career receiving categories. Toon was a first-round draft choice by the New York Jets who led the NFL in catches in 1988 with 93. Injuries forced him to retire early from the NFL, but he has been a fixture back in the Madison area for many years.