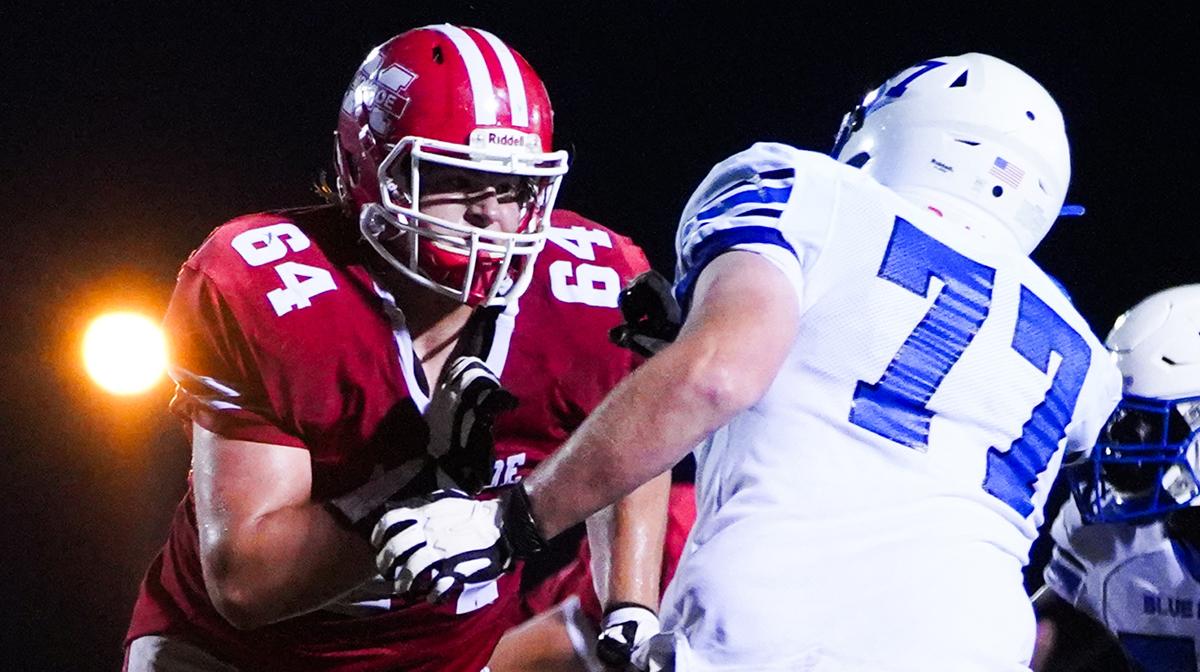 Wisconsin Sports Network and WisSports.net are happy to announce Monroe's Isaac Bunker as the 2022 recipient of the Joe Thomas Award as the most outstanding senior offensive lineman in Wisconsin, part of the WSN Senior Football Awards.

Monroe has been dominant in the running game again this year, with two players over 1300 yards on the ground and an average of 397 rushing yards per game heading into the Division 3 championship. Isaac Bunker is the best lineman for the Cheesemakers, coming off a WFCA Honorable Mention All-State junior season with First Team honors as a senior.

He’s devastating as a trap blocker and equally impressive when pulling out in front on sweeps. Bunker has a good frame and still has room to get bigger, and gave a commitment to the Naval Academy.

"He is a devastating blocker that loves contact," said head coach Toby Golembiewski.