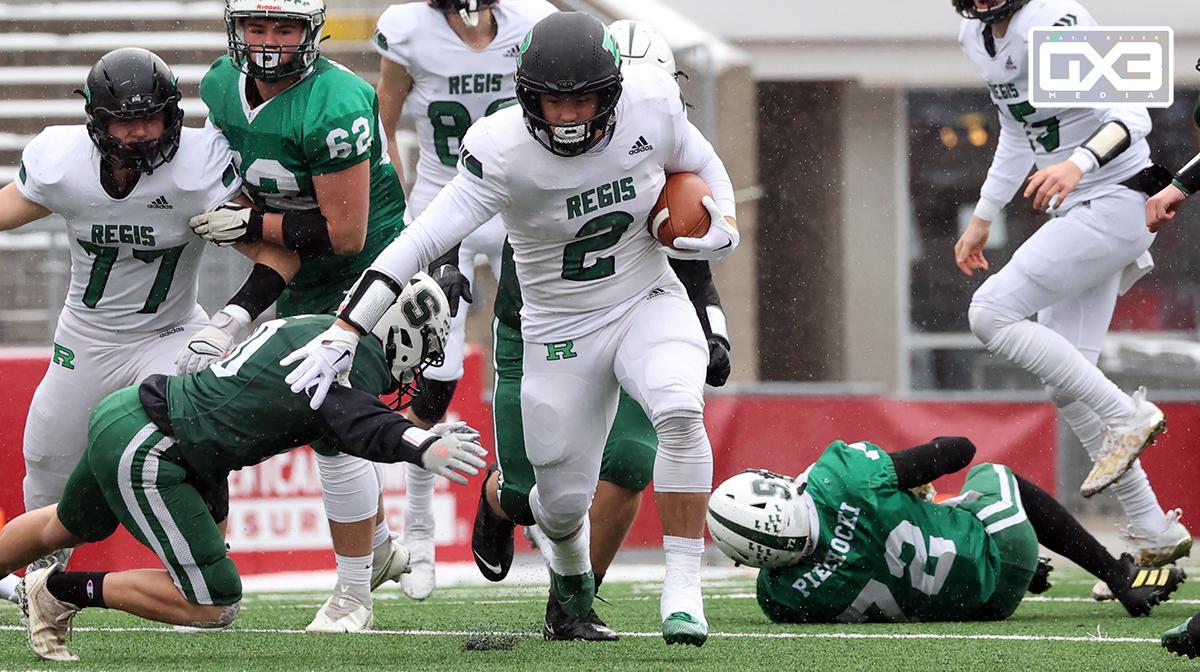 Zander Rockow ran for a 65 yard touchdown on the first offensive play of the game and Regis did not look back, cruising to a dominating 41-7 victory over Shiocton in the WIAA Division 7 state football championship game.

Rockow would finish his day with 251 rushing yards, a new Division 7 state finals record, as he ran through, over, and by Shiocton defenders with ease. He averaged 15.7 yards per carry, going for three touchdowns on 16 attempts.

Regis rolled up 467 yards of total offense in the game, including 308 yards in the first half. Shiocton was limited to just 32 yards of offense before halftime, though the Chiefs finished with 227 in the game. The only score for Shiocton came with 35 seconds remaining when Cade Stingle went in from four yards out. Despite getting blown out, Shiocton had a two-to-one advantage in time of possession.

Regis captures its third WIAA state title since joining the association in 2000 to go with four runner-up finishes. It is the first championship for the Ramblers since 2016.