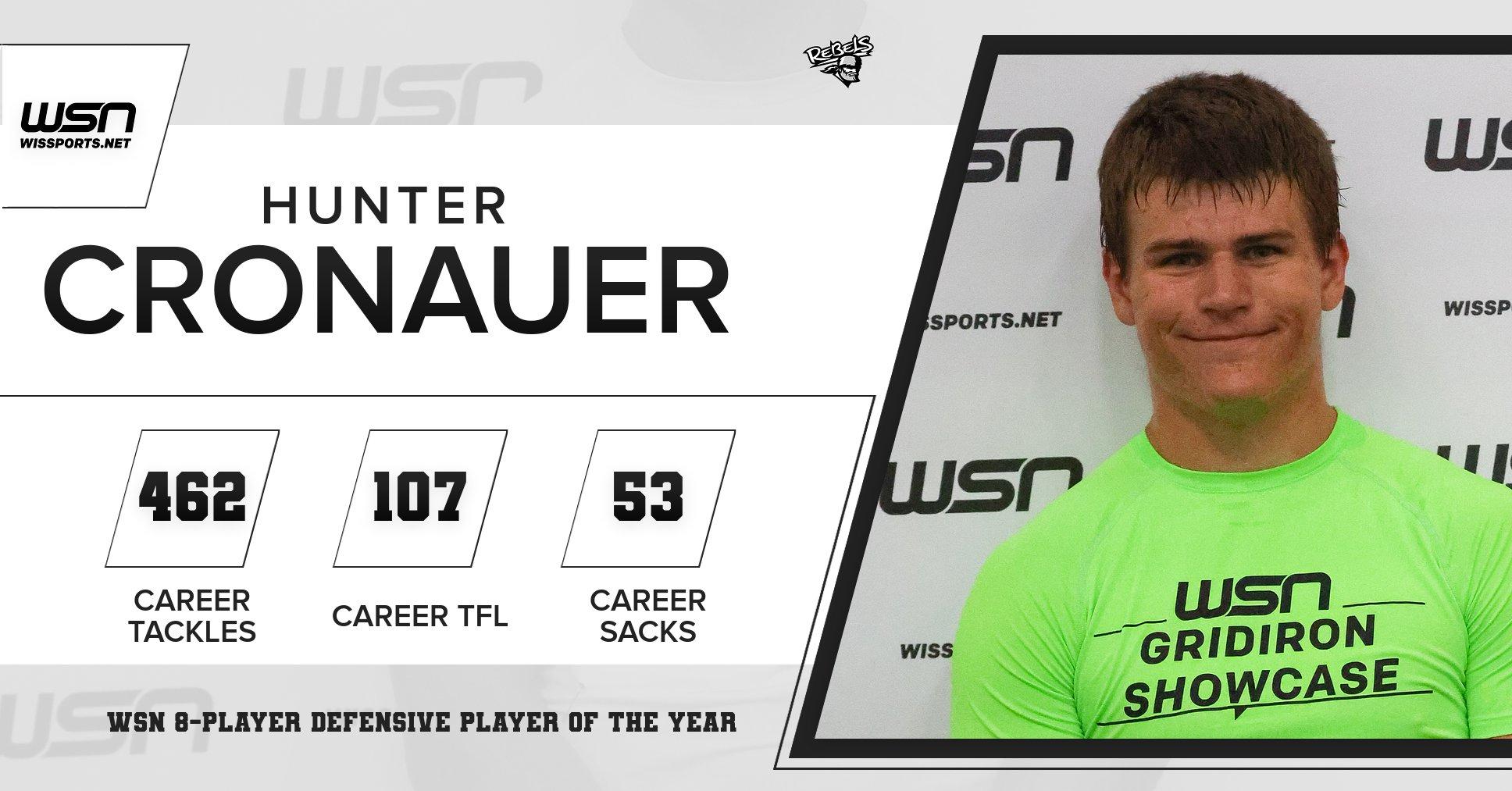 Hunter Cronauer of Wabeno/Laona has been selected as the 2022 8-Player Football Defensive Player of the Year by WisSports.net.

Cronauer is one of the most productive defensive players in 8-player history, serving as a four-year varsity player for the Rebels. This year he has 184 tackles, 38 tackles for loss, 17.5 sacks, seven fumble recoveries, and seven forced fumbles.

He was recently announced as a repeat selection on the WFCA 8-Player Football All-State team.