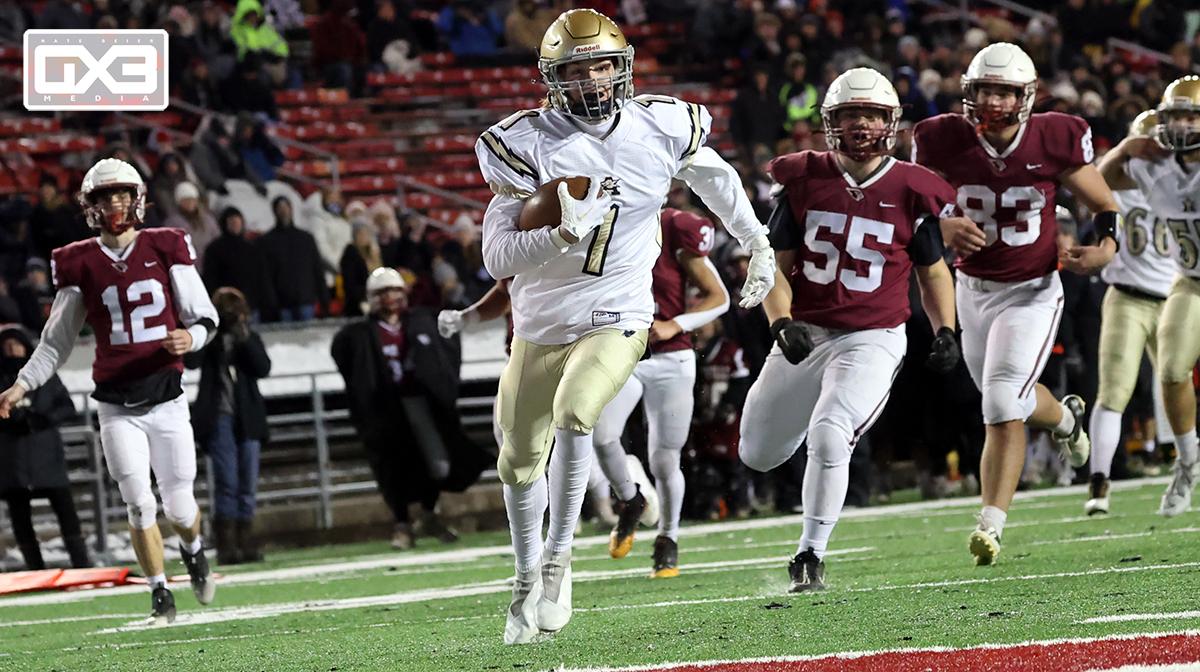 The script was a bit different than last year, but ultimately the result was the same, as Aquinas defeated Mayville in the WIAA Division 5 state football championship game for a second straight season, 22-14.

In a game that featured plenty of long, time-consuming drives, it was a burst of action in the final five minutes that decided the game.

However, just three plays later, Mayville fumbled it back to Aquinas, who would take advantage. Jackson Flottmeyer shoveled it to Collin Conzemius, who took it 27 yards for a touchdown as the Blugolds converted the two-point run to go ahead.

Mayville's first play was an interception, as Flottmeyer picked off an Adison Mittelstadt pass to seal the deal.

After a scoreless first quarter, Mayville got on the board first with a 10-yard touchdown run by All-State running back Blake Schraufnagel with 9:31 left in the second quarter. It was the first possession for the Cardinals, who had just six drives in the entire game. Six of those went for at least six minutes, but the last two were stymied by quick turnovers.

Blake Schraufnagel closed out his career with 131 yards and a touchdown on 32 carries, while Damien Hauglie had 75 yards and a score.