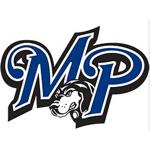 Mineral Point senior Lucas Sullivan has been selected as the Hometown Ticketing Athlete of the Week for the week of December 26 - January 1 after a statewide vote on WisSports.net.

There were 4,182 total votes this week. Sullivan topped all vote getters with 1,381 votes. Monroe's Isaac Bunker came in second with 1,046 votes.

Sullivan concluded the 2022 calendar year with a bang, winning the 138 pound title at the Bi-State Classic in La Crosse. Before his title match, Sullivan won five matches including one pin. He then squared off with three-time state champion and top-seeded Rhett Koenig of Prairie du Chien. Late in the third round, Sullivan roused some excitement in the arena as he pinned Koenig to capture the individual title in his weight class.