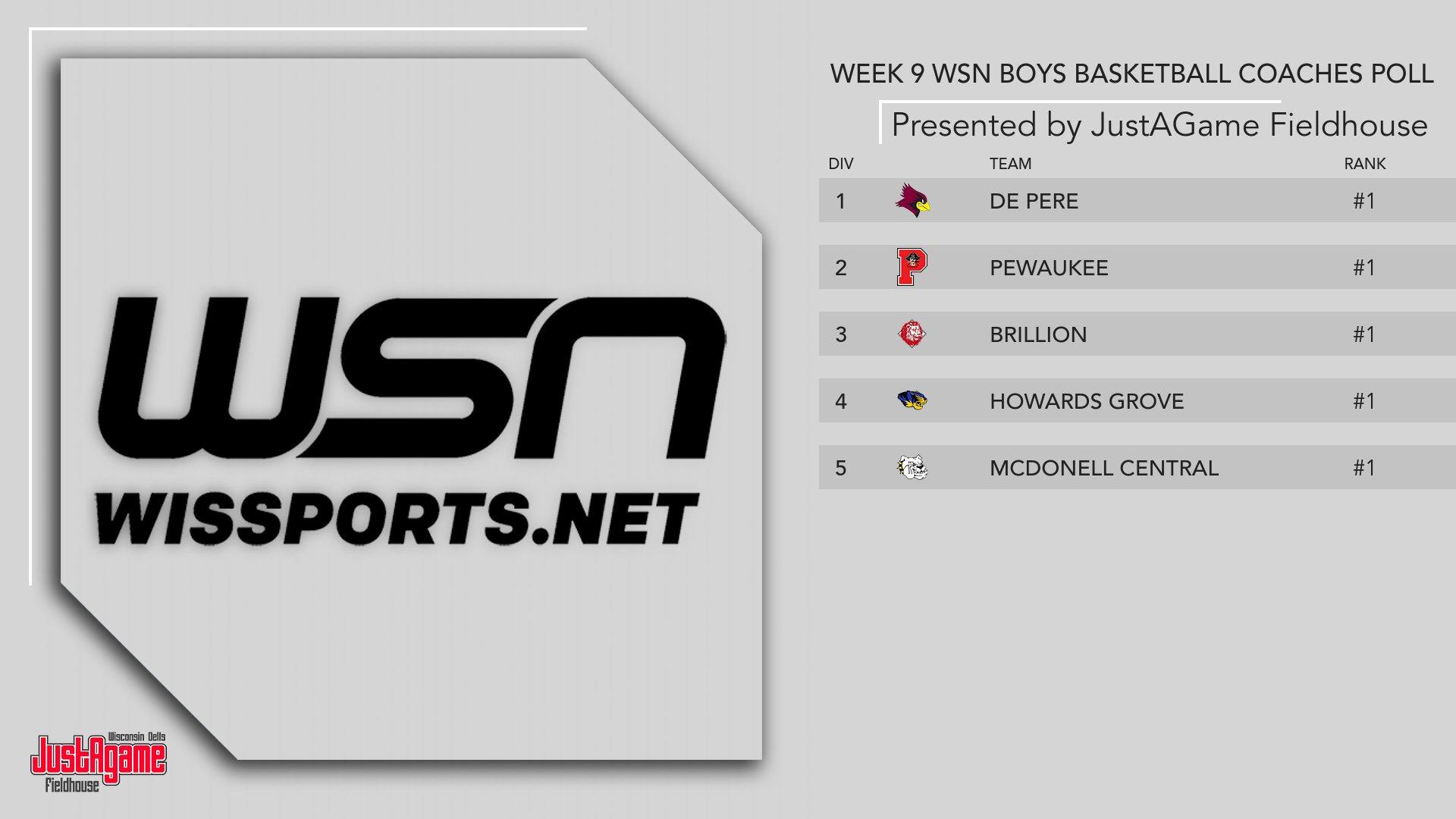 The JustAGame Fieldhouse is the premier destination for tournaments and events in the Midwest, with six full-length basketball courts, 10 volleyball courts, four locker rooms, fully stocked concession stands, and the JustAGame Impressions sporting goods store, all located in downtown Wisconsin Dells, the Waterpark Capital of the World. JustAGame Fieldhouse is the home of the Wisconsin Basketball Coaches Association Hall of Fame as well as the host facility for the WBCA Clinic each fall and the WBCA All-Star Games every summer.

And remember, if you're looking for a top-notch livestreaming solution, be sure to check out JustAGame Live.

Unbeaten De Pere continues to dominate the voting in Division 1, with fellow undefeated squad Middleton in second. Marquette drops out of the top five this week, while Homestead makes a jump from sixth to fourth. Milwaukee Hamilton and Hudson drop out, as Eau Claire Memorial and Sussex Hamilton return to the rankings.

Once again, unbeaten Brillion edges out West Salem for the top spot, as the top five including Xavier, Racine St. Catherine's and Osceola remains the same. There was some minor shuffling in the bottom half of the rankings, but no new additions this week.

Howards Grove remains the top-ranked team in the Division 4 WisSports.net Boys Basketball Coaches Poll. Saint Mary's Springs drops from second to fifth this week following a loss to Campbellsport. Luther moves up one spot to second, followed by Saint Mary Catholic and Darlington. Unbeatens Unity and Crivitz make their first appearances in the rankings this season, sharing a tie for tenth.

Yet another change at the top of Division 5, as McDonell Central remains the number one position after Fall River suffered its first loss of the season against Deerfield last Tuesday. The Pirates end up second this week. Heritage Christian moves up a couple more spots from fifth to third. Columbus Catholic re-enters the rankings this week at number seven, while Pacelli is new despite a loss Saint Mary's Springs on Saturday, as the Cardinals are 12-3 overall and led by Mr. Quintuple-Double himself, Jaydon Awe.

View All | RSS
Tweets by JustAgame1