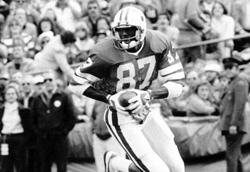 The Al Toon Award is presented annually to the state's top senior wide receiver or tight end as part of the WSN Senior Football Awards. The award is named after former University of Wisconsin athlete Al Toon, who went on to play in the NFL for several very successful seasons before multiple concussions ended his career early. Toon is an active member of the community in the Madison area both in the business world and in various charitable endeavors.

Pre-season watch lists are compiled from all-conference teams, stats leaders, film evaluations, WSN Player Rankings, and coach input. Players do not have to be on the pre-season list to be considered for the semi-final or finals list.