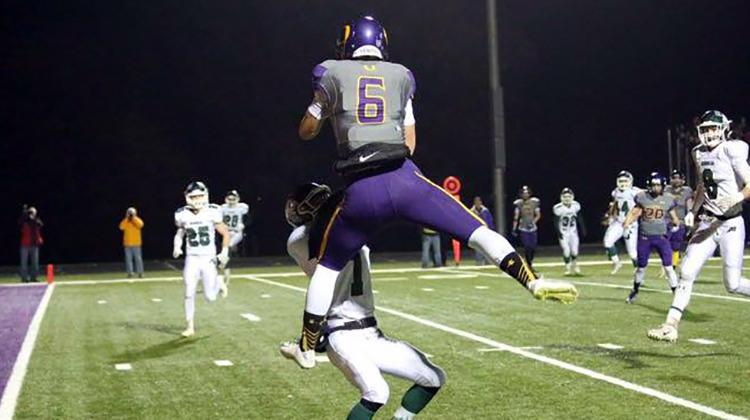 Wisconsin Sports Network and WisSports.net are happy to announce Oconomowoc's Zach Clayton as the 2016 recipient of the Al Toon Award as the most outstanding senior wide receiver in Wisconsin, part of the WSN Senior Football Awards.

Clayton, an Oregon State baseball commit who also held a Wisconsin preferred walk-on offer for football, teamed with Ben Nienhuis for one of the most dangerous passing combos in the state.

"Zach is a very driven athlete who is ultra-competitive and made plays in all phases of the game," said head coach Ryan McMillen. He's a versatile athlete with a unique body type for the athleticism he possesses."

Finalists for the award were Clayton, Terrell Carey of Madison West, Reid Hilbelink of Cedar Grove-Belgium, Tyler Hughes of Onalaska, and Jalen Sample of Onalaska.