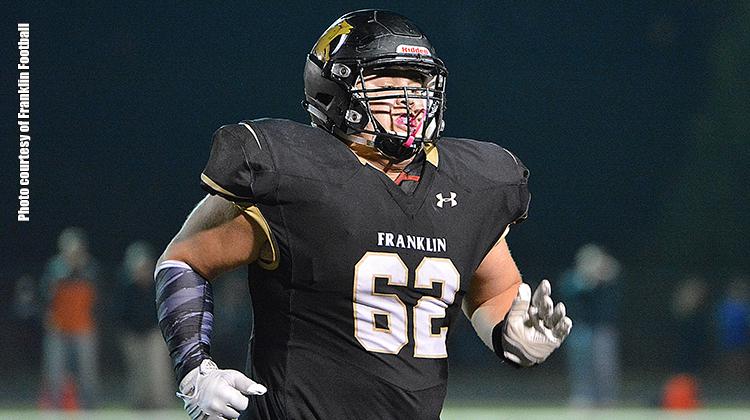 Wisconsin Sports Network and WisSports.net are proud to announce Franklin's Hawk Wimmer as the 2016 recipient of the Tim Krumrie Award as the most outstanding senior defensive lineman in Wisconsin, part of the WSN Senior Football Awards.

At 6-4, 310 pounds Wimmer is a dominating presence on the interior of the Sabers' defensive line, but his size isn't all he has going for him.

"He is unbelievably athletic for his size and commands double teams from opponents," head coach Louis Brown said. "Our defense has given up 4 points in the 1st half of games this year and he is the main reason why."

On the season he has 76 tackles, 29 tackles for loss, and 6 sacks to go with 3 forced fumbles as the Sabers are back in Madison once again in the Division 1 state title game.

Wimmer was recognized as a WFCA First Team All-State player on the defensive line.