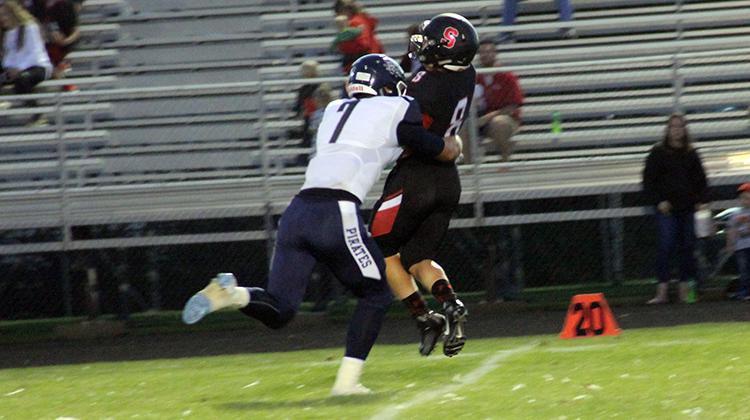 Wisconsin Sports Network and WisSports.net are happy to announce Bay Port's Matt Lorbeck as the 2016 recipient of the John Anderson Award as the most outstanding senior linebacker in Wisconsin, part of the WSN Senior Football Awards.

In a very competitive FRCC, Lorbeck was voted the Defensive Player of the Year. In 11 games, he recorded 112 tackles, 15 tackles for loss, and 7 sacks for head coach Gary Westerman.

"He pursues the football as hard as any player I have coached," Westerman said. "He's a very explosive athlete, holding the school record in the squat and power clean."

The 6-4, 230-pound senior has committed to Northern Illinois and was named WFCA First Team All-State as well as the WFCA Defensive Player of the Year.

Finalists for the award were Lorbeck, Noah Harvey of Arrowhead, Devon Krzanowski of Fond du Lac, Auston Mozdzen of Germantown, and Noah Nordness of Marquette.