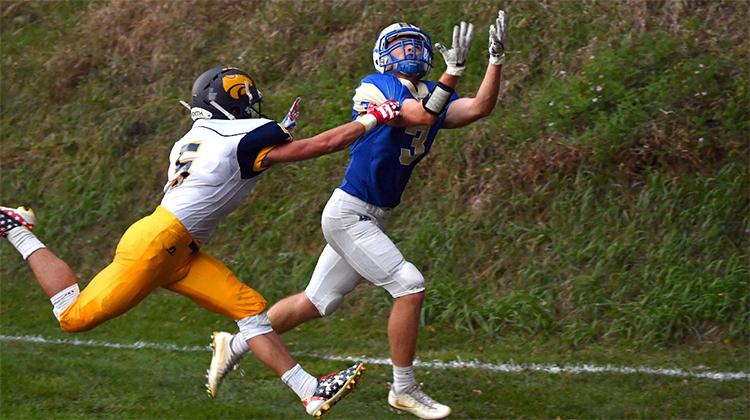 Wisconsin Sports Network and WisSports.net are happy to announce Lake Mills' Hayden Iverson as the 2017 recipient of the Al Toon Award as the most outstanding senior wide receiver in Wisconsin, part of the WSN Senior Football Awards.

Iverson set a new single-season touchdown receptions record in Level 1 of the playoffs, when his four scoring catches put him at 26 for the season.

For his career, he has 195 catches, placing him fourth on the state's all-time list. His 3,118 yards and 41 receiving touchdowns are both third in state history.