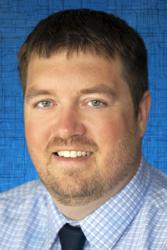 At Wednesday's Wisconsin Interscholastic Athletic Association Board of Control meeting in Stevens Point, the group is expected to vote on passage of the controversial Rural/Urban plan for boys and girls basketball divisional placement.

The issue of competitive equity has been a hot-button issue amongst schools, coaches, and fans for more than a decade, going back to the merger of the WIAA and the private schools that previously competed in the Wisconsin Independent Schools Athletic Association, a joining that took place beginning in the 2000 season.

Brought to the forefront by a member petition that placed a private school Multiplier on the Annual Meeting agenda in the 2014 season, there were several proposals that ultimately failed over the course of several years.

The current Rural/Urban proposal was first brought forward by the Board of Control at its June 2017 meeting, with discussion and feedback obtained over several months and at the fall Area Meetings.

At the Board's December meeting, the original proposal was revised to be less punitive on schools that met the Urban definition.

To view the details of the Rural/Urban Competitive Equity Plan, please click here.

WSN provided an analysis of the revised Rural/Urban Plan last month, which can be found here.

There have been considerable discussions around the revised plan amongst school leaders, but despite significant challenges and issues, I feel there is a strong chance that the proposal will pass at Wednesday's meeting.

The revised Rural/Urban Plan has received strong objections from the schools that would stand to be impacted by the proposal. 18 of those schools co-signed a letter sent to the WIAA Board of Control earlier this month outlining their objections.

One of the most significant objections is around the lack of supporting data for the plan. The impacted schools point out, and the WIAA admits, that there was no comparative data used to examine whether schools in urban settings experience more success than those that fall under the rural classification.

In the impacted schools' letter to the Board of Control, they highlight an exchange between WIAA Associate Director Deb Hauser and Saint Mary Catholic Athletic Director Adam Bates. Bates asked Hauser if there was any data that showed the schools being moved up under the plan would improve the perceived competitive equity imbalance.

The letter introduced data that showed that 72% of the impacted programs have not made a state tournament appearance since the move to five divisions in 2011.

There have been 29 programs (boys and girls combined) that have won multiple state championships since the WIAA-WISAA merger in 2000, however only two of them would move up under this plan: Aquinas and Newman Catholic.

Many have also questioned why the plan only moves up teams that normally fall into Division 4 and Division 5, and not those that may fall in Division 3 or Division 2.

A number of school administrators at last fall's Area Meetings wondered whether the plan could be perceived as racist, since many of the impacted schools are in the Milwaukee area with high numbers of African-American students. Said Milwaukee Academy of Science CEO Anthony McHenry, "I fear that race is at the core of this plan. If not, why basketball, the sport which requires the least amount of resources for participation. Hopefully, I am wrong, but I have not heard an argument that indicates there is a real problem to solve."

There is a feeling among many people who would otherwise support some kind of divisional adjustment that the plan targets the "wrong" schools. The teams that have drawn the most complaints over the years in regards to not being "fair" have been Dominican, Racine St. Catherine's, Destiny, Assumption, Newman Catholic, Young Coggs Prep, Regis, Edgewood, Heritage Christian and Aquinas. To a lesser extent, schools such as Catholic Central, Green Bay NEW Lutheran, Wisconsin Lutheran, McDonell Central, Columbus Catholic, Xavier, Sheboygan Lutheran, Racine Lutheran, Milwaukee Academy of Science, The Prairie School, Lourdes Academy, and Kenosha St. Joseph have also drawn criticism from both school personnel and fans.

However, of that first group of ten, only Aquinas, Destiny, Regis, Newman Catholic, and Young Coggs would move up. The primary teams receiving the largest complaints, Dominican and St. Cat's, would not be impacted at all. Of the 12 teams in the "lesser" group, several would not move at all in the plan.

Many opponents of the Rural/Urban proposal question why it is only being applied to basketball, when data has shown that private schools, who are really the ones targeted by the plan, win as much or more in other sports like soccer and volleyball. There is a feeling that this is being done to avoid a full membership vote on the plan, which would be required if it was to apply to all sports. The membership has already voted down three other competitive equity proposals: the Multiplier, Reducer, and Success Factor.

It is expected that if this plan passes, a version of it will soon make its way to other sports on a sport-by-sport basis as well.

However, there are question about whether such a move, or even applying the Rural/Urban plan to just basketball, would pass legal challenges. The idea that the proposal should be presented to the entire membership for a vote was voiced by several administrators at the fall meetings. The WIAA has even consulted its legal advisors on the subject, and it is not clear if the Association would withstand legal scrutiny on the issue. Impacted schools or students could challenge whether the proposal is needed to pass a membership vote rather than a Board of Control vote, or challenge that the WIAA is a state actor and thus in violation of equal protection laws.

Despite the significant objections to the proposal, the fact it doesn't address many of the "problem" schools, and the potential legal battles that could follow, I believe there is a very strong chance that the WIAA Board of Control will vote to implement the Rural/Urban plan at Wednesday's meeting.

There is and has been a sense among many administrators that, "Something needs to be done." While this plan has plenty of holes, it is something to address competitive equity, and for some, that's enough.

Several plans have already been voted down by the membership, suggesting that perhaps other future competitive equity proposals would face difficulty getting passed by the entire membership. By making this a sport-specific plan, it only needs to gain support from a majority of the 11-person WIAA Board of Control rather than a majority of 507 schools. At the December Board of Control meeting, there seemed to be a sense from several Board members that the adjusted proposal was more palatable because it impacted less teams, was less punitive than the original, and would be seen as a "win" for the members who have loudly asked for competitive equity relief over the years.

The Board of Control could vote to approve the plan as presented, to reject it altogether, or modify it in some fashion. The group could also vote to add it to the Annual Meeting agenda for consideration by the entire membership.

While I think the most likely outcome is the board passes the plan as presented, there could be a chance that due to the possible legal challenges and uncertainty around the proposal, they may look to send the question to the entire membership instead.

Be sure to follow @travisWSN on Twitter on Wednesday for live updates from the WIAA Board of Control meeting beginning at 8 a.m.