Seymour's Hailey Oskey selected as 2018 Miss Basketball by the WBCA 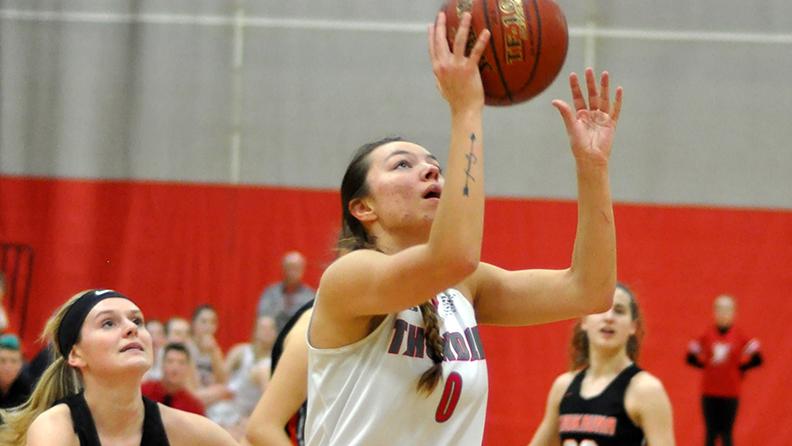 Hailey Oskey of Seymour High School has been named the 2018 Miss Basketball award-winner by the Wisconsin Basketball Coaches Association, sponsored by JustAgame Fieldhouse in Wisconsin Dells.

"I was surprised when I received the news. I knew there were a lot of other really good basketball players in the mix to receive the honor," Oskey said.

Oskey is an outstanding athlete who affects the game on both ends of the floor. She excels on dribble penetration and has worked hard to became an all-around player, which includes becoming a better shooter.

The 5-foot-10 wing averaged 18.6 points, 6 rebounds, 3 assists and 3 steals per game for the Thunder, who went unbeaten in the Bay Conference and finished 23-2 overall. After helping Seymour to the Division 2 sectional finals as a junior, the Thunder advanced to the sectional semi-finals this season.

Oskey said she didn't think about the potential of being named Miss Basketball until late in the season.

"Didn't surprise me she was named Miss Basketball. All of her stats were up and she worked really hard to make herself an all-around player," Seymour coach Bobby Kuchta said.

Coach Kuchta went on to say that she has set the bar high for the Seymour program. "She's a great role model and very coachable player."

Oskey ended her career as Seymour's all-time leading scorer with 1,571 points, leading the team to 75 wins in her four years on varsity. Oskey will continue her basketball career with the Green Bay Phoenix.

Hailey will be presented the honor today at the Resch Center during halftime of the Division 2 championship game.

The following group voted or consulted on the Miss Basketball committee this year: