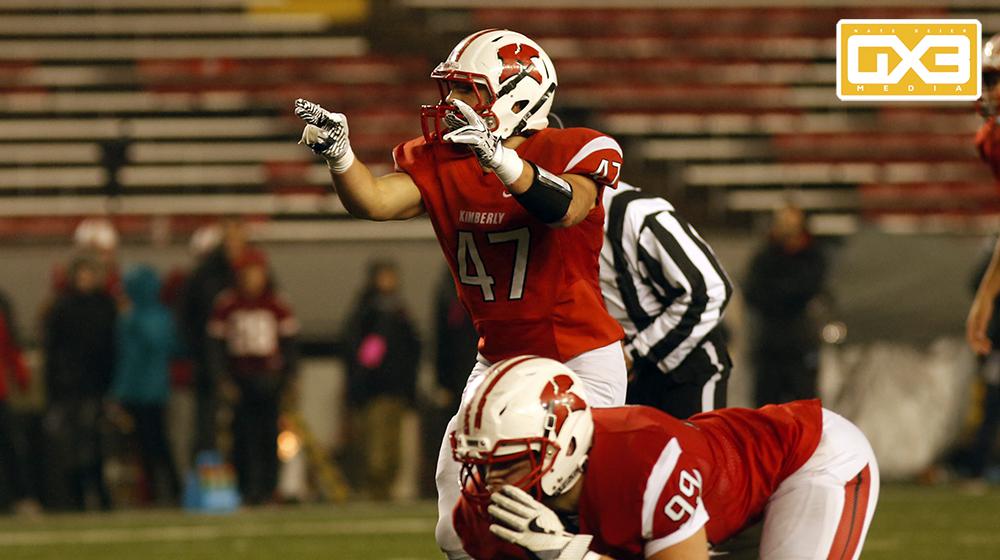 The John Anderson Award is given annually to the state's top senior linebacker as part of the WSN Senior Football Awards. The award is named after John Anderson, a former Waukesha South standout who went on to star at the University of Michigan and later with the Green Bay Packers.

The pre-season watch list was trimmed down to 22 semi-finalists, and five finalists for the award have now been selected. Winners are announced the week of the state finals.

Tristan Argall, Kimberly - One of the few returning starters for the Papermakers' defense, Argall has gone from First Team All-Conference pick last season to the VFA-North Defensive Player of the Year in 2018. The unit's leader, he has 99 tackles, 3 tackles for loss, and 3 sacks for head coach Steve Jones. "He shows tremendous ability to be a great run stopping linebacker, but he also has the ability to cover receivers and running backs in passing situations," said Jones.

Leo Chenal, Grantsburg - Despite missing a game to a mission trip and playing sparingly in the second half of games, Chenal has been one of the most dominant two-way players in the state. On defense, the University of Wisconsin recruit has 120 tackles, 7 tackles for loss, three fumble recoveries, two interceptions, and a sack. He also has more than 2000 rushing yards with 42 touchdowns for the unbeaten Pirates. "Leo is the most explosive, well-rounded athlete I've ever coached and he brings an unmatched energy to every single game and practice," said head coach Adam Hale.

John Klus, Oregon - Klus leads the state in tackles by a good margin, racking up 189 on the season, with 6 tackles for loss, a sack, fumble recovery, and interception. "He is the best linebacker that I have coached in 20+ years of coaching," said head coach Dan Kissling. Klus has also blocked three punts this year.

Derik LeCaptain, Southern Door - LeCaptain leads the team in rushing, receiving, and tackles, earning Offensive and Defensive Player of the Year honors in the MONLPC-Large this season. He has 98 tackles, 4 forced fumbles, 4 interceptions, 3 tackles for loss, a sack, and fumble recovery, returning two of his interceptions for touchdowns.

Hakeem McCullers, Sun Prairie - McCullers has been a First Team All-Conference selection the past two seasons, part of a very strong linebacker group for the Cardinals and head coach Brian Kaminski. The 6-3, 230-pounder has 73 tackles, 9 tackles for loss, 5 sacks, and 3 fumble recoveries as the Cardinals were a co-champion of the Big Eight Conference.