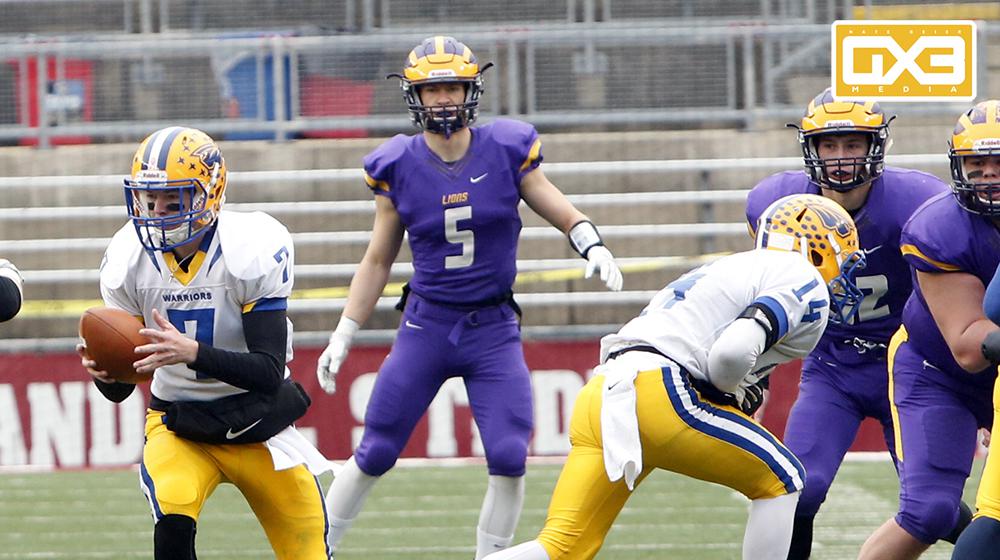 The Jim Leonhard Award is given annually to the top senior defensive back as part of the WSN Senior Football Awards. The award is named after former Flambeau High School and University of Wisconsin athlete Jim Leonhard, who went on to great success in the NFL with the Bills, Ravens, Jets, Broncos, and Saints.

The pre-season watch list was trimmed down to 20 semi-finalists, and five finalists for the award have now been selected. Winners are announced the week of the state finals.

David Hayden, La Crosse Central - Hayden was set to play receiver again this year, but a broken thumb moved him to defense after the Raiders' first game. Despite playing much of the season with a wrap on his hand, he recorded a state-best eight interceptions in just eight games while leading the team with 68 tackles.

Nolan Hertel, Marshfield - Hertel was a unanimous First Team All-Conference selection for a second straight season, adding VFA-West Defensive Back of the Year recognition. As a senior, he has 92 tackles with four interceptions and a couple fumble recoveries as the Tigers advanced to Level 4 of the playoffs.

Jacob Lippe, Port Washington - Lippe is one of the the top two-way players in the state, accumulating more than 1000 total yards of offense while playing receiver, running back, and quarterback. On defense he tied for the team lead with 71 tackles from his free safety spot, controlling the middle of the field. He also racked up more than 600 yards of punt and kick return yards.

Jake Schara, New Berlin Eisenhower - Schara patrols the deep middle for the Lions but is outstanding at coming up into run support, proving to be a sure tackler. Eisenhower's defense has been among the best in the state, allowing just seven points per game. Schara is a big reason for that success, with six interceptions to go with 31 tackles, most of them of the solo variety.

Trey Tennessen, Kimberly - Tennessen was a receiver last season and still made some big contributions on offense this season (five touchdown receptions, 48 yards per catch), but transitioned to a full-time defensive spot in 2018. It paid off in a big way as he was a unanimous First Team All-Conference selection at defensive back and the co-Defensive Back of the Year in the VFA-North. He has 46 total solo tackles and leads the Papermakers with six interceptions.