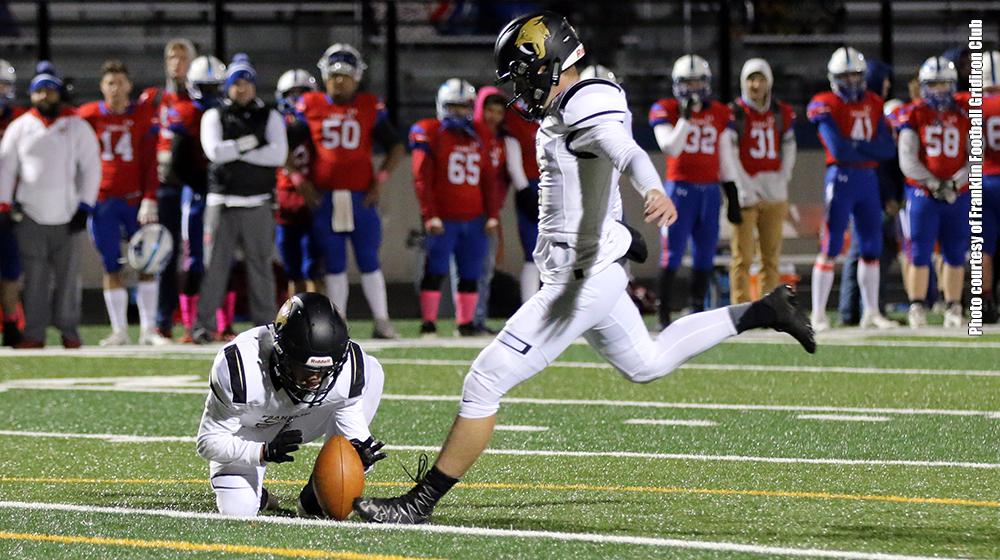 The Kevin Stemke Award is presented annually to the state's top senior kicker or punter as part of the WSN Senior Football Awards. The award is named after former Green Bay Preble and University of Wisconsin standout Kevin Stemke. At Wisconsin, Stemke was presented with the Ray Guy Award as the nation's top punter and holds UW records for highest punting average in a career (43.5) and total punting yards (10,660).

The pre-season watch list was trimmed down to 12 semi-finalists, and five finalists for the award have now been selected. Winners are announced the week of the state finals.

Danny Breuer, Slinger - Breuer is the Owls' starting quarterback in addition to being one of the state's top punters. On the season he punted 19 times for an average of 46.4 yards per punt, placing 14 of his punts inside the opponent's 20-yard line.

Ryan Krueger, Marshfield - In addition to earning First Team All-Conference recognition at quarterback, Krueger was also a First Team punter. He averaged 44.6 yards per punt for the unbeaten Tigers.

Derek Myer, Saint Croix Central - Myer has a huge leg as a punter, averaging 46.6 yards per punt on 24 attempts. He also served as the team's place-kicker for a portion of the season, connecting on 12-of-14 extra point attempts.

Jack Takerian, Franklin - Takerian is excellent as both a punter and kicker for the Sabers, jobs he's had the last two seasons. This year, he averaged 35.7 yards per punt, making nine-of-11 field goal attempts as well as 50-of-51 extra points.

Blake Wilcox, Kettle Moraine - Committed to Wisconsin as a preferred walk-on, Wilcox is ranked the number five kicker in the country by Kohl's Kicking and the #3 punter. As a senior he averaged 40.9 yards per punt, 69.2 yards per kickoff, made 9-of-14 field goals (five over 40 yards), and 40-of-41 extra points.