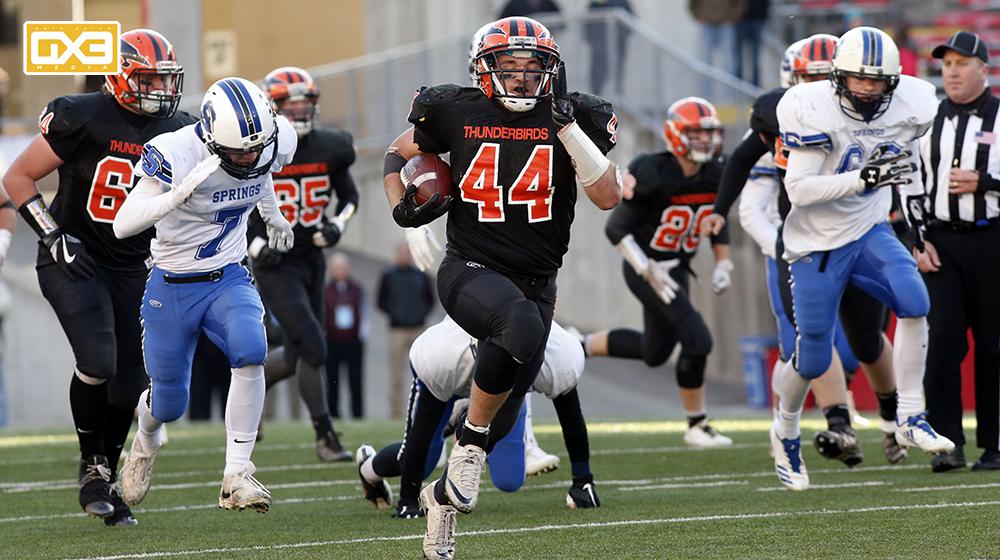 Late in Friday's 27-25 state semi-final win over Grantsburg, Iola-Scandinavia senior Bryce Huettner made history. Running around left end, he picked up 11 yards to move him into first place all-time on the state's career rushing yards list.

With 158 yards in the victory against Grantsburg, Huettner now has 6,714 career yards, which eclipses the previous record of 6,707 yards set by Hilbert's Mike Firkus from 2000 to 2002.

"It's an awesome accomplishment," said head coach Scott Erickson on Football Friday Night after the game. "It's exciting for him, it's exciting for the program. It's so exciting when someone works as hard as he does but he gives all his props to his linemen and receivers that block for him."

One of the top contenders for state player of the year as a senior, he's up to 2,456 yards and 39 touchdowns on 263 carries in 2018 as the T-Birds head to a second straight state title game. As a junior when Iola-Scandinavia finished as the Division 6 runner-up, Huettner rushed 311 times for 2,830 yards and 34 touchdowns, as his yardage placed him fifth on the state's single-season record list.

A four-year varsity performer, Huettner started his career with 478 yards as a freshman and 950 yards as a sophomore.

He'll get a chance to add to his career record next week as the Thunderbirds take on Racine Lutheran for the Division 6 state championship.