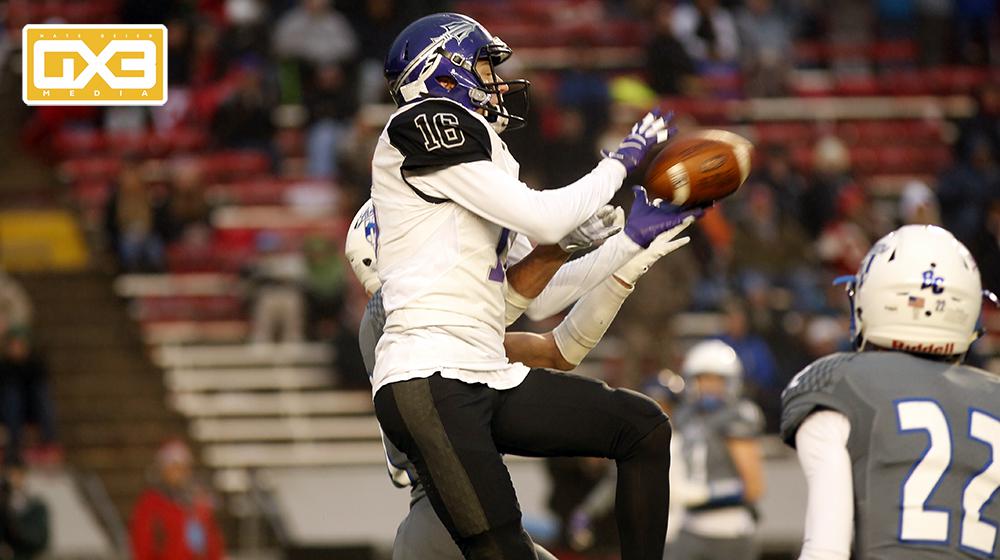 Wisconsin Sports Network and WisSports.net are happy to announce Waunakee's Sawyer Maley as the 2018 recipient of the Al Toon Award as the most outstanding senior wide receiver in Wisconsin, part of the WSN Senior Football Awards.

Maly was a solid contributor last year as the Warriors claimed a Division 2 state title. He's developed into the team's go-to big-play weapon as a senior, catching 50 passes for 1,169 yards and 13 touchdowns, averaging 23.4 yards per catch.

He's also a weapon in the return game for head coach Pat Rice with a pair of kickoff return scores.

His biggest game as a senior came in one of the team's most important contests. In a Level 2 showdown with rival DeForest, the Warriors found themselves down by two scores early. He caught a 35-yard scoring pass in the second quarter to help the team rally to take a 16-14 lead at halftime. However, Waunakee would go behind in the third quarter and still trailed into the fourth, until Maly hauled in an 80-yard touchdown reception to help the Warriors secure a 23-20 victory.