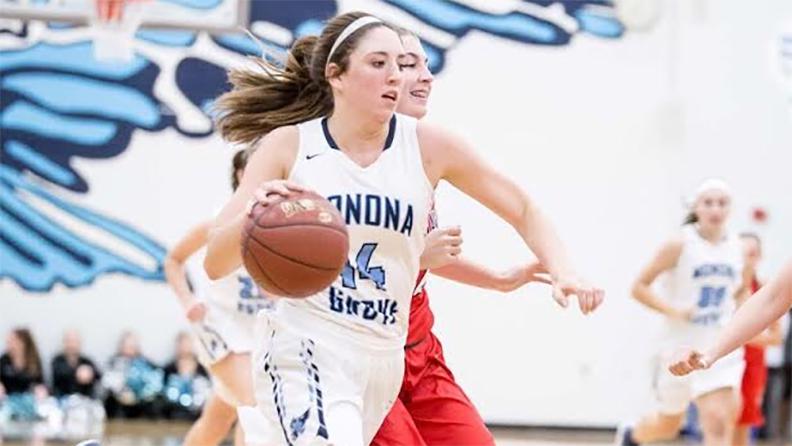 "I was surprised when I heard the news. I'm extremely honored to have been picked from such a great class," Warnock said.

Warnock, a 6-foot-2 wing, is dynamic and versatile player that can score in a variety of ways. She can get to the hoop off the dribble, pull up from mid-range, score from a post up, knock down the three ball. McKenna is also a very good rebounder and her length causes problems on the defensive end of the floor.

The University of Iowa recruit finished third in the state in scoring with 29.7 points per game, to go along with 12.5 rebounds, 3.2 assists, 1.7 steals and 2 blocks per game for coach Tyler Kuehl and the Silver Eagles.

"It's any girl's goal (to win Miss Basketball). You look at those ahead of you, like Arike (Ogunbowale), who have won the award," said Warnock.

Warnock went on to say it means everything to be named Miss Basketball.

"When she was a freshman, you could tell she was different. Sophomore year is when I thought she would have a chance to win the award," said Monona Grove head coach Tyler Kuehl.

Coach Kuehl, who was McKenna's head coach her final three season, said she has improved every facet of her game.

"Her determination to take over a game and work in practice has helped us take the team to the next level this season."

Coach Kuehl went on to say that she is so much more than a basketball player. "She is a phenomenal student that has outstanding work ethic."

"There was a legitimate debate for a number of other players (to be named Miss Basketball). Good sign for girls' basketball in the state."

Warnock led Monona Grove to its first Badger-South title since the 2013-14 season and an overall record of 20-3 this season.

She had seven games with at least 35 points this season, and tied her career high with 44 points in a 79-62 win over McFarland in December.

The following group voted or consulted on the Miss Basketball committee this year: