Coaches Corner: Coach, We Need You - And You Are Appreciated

Written by Crivitz athletic director and baseball coach Jeff Dorschner, who has coached baseball for 12 years at the school. 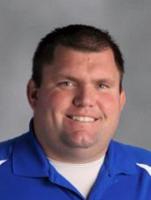 Traveling around high school gyms in the state as a basketball official, this time of year always catches my attention. Every game brings about a different vibe and setting. In some cases, it is very noticeable. Other situations it may take a while to come to the surface.

I have come across many coaches who do a fantastic job of putting the stress aside and portraying the utmost professionalism that is demanded out of the head coaching position. Deep down they may be battling through a number of issues off the court but they will never admit it. There may be no specific trend during the length of a season or school year, but as the Travis Wilsons, Norbert Dursts, and Mark Millers of the world put out their annual “Coaching Changes” list in their respective sports they cover, I always find myself looking at that list and ask who has decided enough is enough.

There are certainly many reasons why some of the greats and maybe not so greats have decided to step away. Every situation, school, town, and sport is different. There is no shame in making the decision that coaching can take a toll mentally, physically, and emotionally. There is no doubt about it. Maybe your kids are getting older and missing their band concerts, dance recitals, youth games/practices are just not an option. It could be that spending your Friday nights with your spouse at a fish fry or getting a head start to the weekend of relaxation up at the cottage is a higher priority now. Some of you that like to hunt and fish want the freedom of doing that without the interruption of a summer league or preseason tournament.

Or if we want to get right down to it, the group of parents/lack of administrative support/players that are not committed/your significant other’s frustration of being a widow during the season (or during the entire year), etc. is not worth the hassle. The friends you thought you had around town give you the strong impression that they have turned on you. Your spouse and kids do not want to come to the games anymore to support you and the program because of the chatter going on in the stands.

For you veteran coaches, the coaching fraternity appreciates and respects you. For you hall of fame coaches that see the light at the end of the tunnel or are on your last stretch, enjoy your much-deserved time away. However, for those younger coaches who are struggling on deciding whether this avocation is worth the stress and heartache there are better days ahead. To those coaches who are just coming off a weekend of running a youth wrestling tournament or youth basketball tournament as your program fundraiser that are tired and sleep deprived, their development will be key down the road. To those coaches who were not present mentally with your family over the weekend because of a heart-wrenching loss on Friday night, or an unpleasant email from a disgruntled parent, as emotionally draining that can be, we need you and we appreciate you.

Any coach will tell you that they do not necessarily need to hear those words from players, parents, alumni, or administration. Coaching is a labor of love and the great ones have embraced that over the years. The upward trend of coaching turnover is alarming and as an athletic administrator, one of the more daunting tasks of this role is to fill vacant coaching positions. When I see those “Coaching Changes” lists come out and some of the names that show up on that list are very talented and driven coaches that for one reason or another decide to hang up their whistle, it is a tough pill to swallow within the conference, region, and even the state.

As coaches, we spend a lot of time reflecting. That reflection may cover a week, a month, a season, or a career. We are always harder on ourselves than any parent or community member at the local barbershop or breakfast diner. That spark that ignited the fire inside of you early in your career may be flickering a little bit. Although this sounds cliché, your impact is far greater than you realize. That middle school kid that is coming up, or that promising freshman in your program, is looking forward to having you as their coach. What you do does matter and while the vocal minority may express the exact opposite, your school and your community would agree.

I would be lying if I told you those thoughts have never crossed my mind. Very recently, I had a conversation with my significant other that it might be time. Thankfully she is about as supportive as anyone you can ask for and when my six-year old son overheard our conversation and asked, “Dad who’s going to coach me when I play baseball?” it was the spark I needed to keep on keeping on.

So coaches, whether you are the head man or you are an assistant, stoke that fire and prepare for that next practice or season. The pay is lousy, the hours are horrible, and the conditions sometimes are not very great. But we know in the long run, the relationships developed with players, fellow coaches, and even officials is worth it. Hold off on turning in that letter of resignation. I’ll see you on the sidelines.