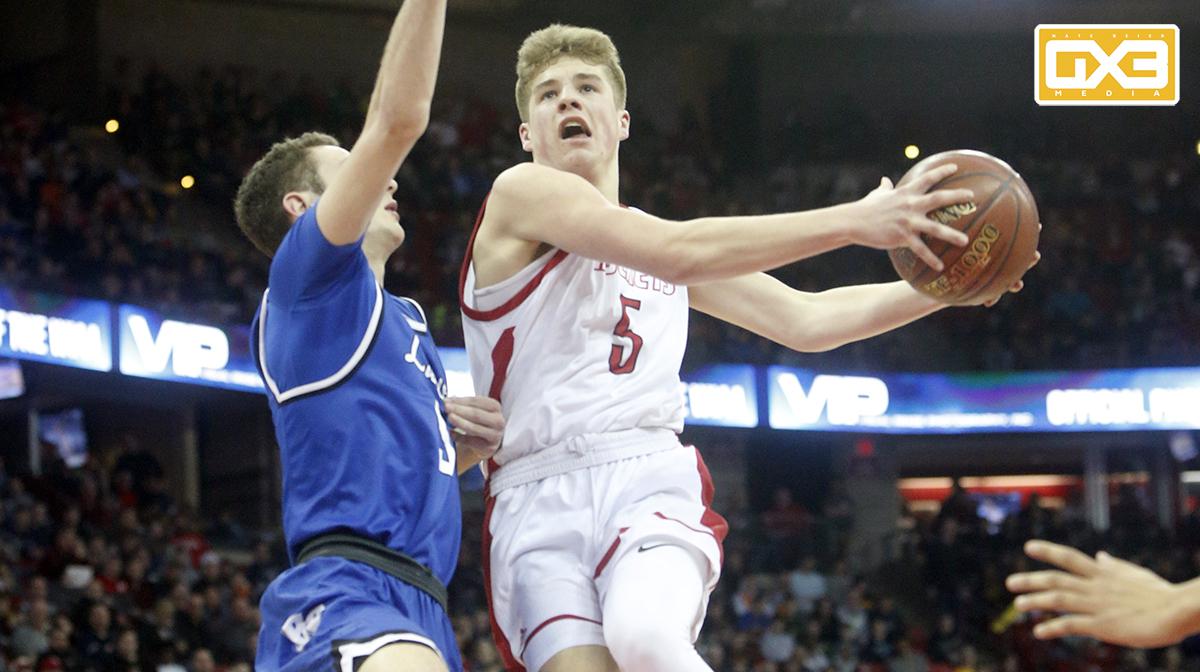 Baldwin, Jr. was an Honorable Mention All-State choice as a freshman when he led the Chargers to the state tournament. A First Team choice last year, he is a consensus top-five player in the country in his class. The 6’9” junior averages 24.6 points, 11.3 rebounds, and 4.1 assists per game this year while shooting 86% from the free throw line and 44% from behind the arc.

Banks is a repeat First Team All-State choice by the WBCA as one of the most productive players in the state once again. A two-time Player of the Year in the Big Rivers Conference, he averages 24.7 points, 10.6 rebounds, and 5.2 assists per outing.

Jake Buchanan helped Kimberly to an outright Fox Valley Association title this season, leading the Papermakers with 18.9 points per game while shooting 82% from the free throw line and 40% from the three-point line. He added 4.0 rebounds and 4.5 assists per game.

Brookfield East’s Hayden Doyle was a key part of last fall’s football state championship and has been outstanding on the hardwood as well. The Spartans finished third in the ultra-competitive Greater Metro Conference, as Doyle averages 20.5 points per game.

David Joplin has continued to improve over the course of his career at Brookfield Central and is in the midst of a dominating run late in the year for the defending state champions. He’s scored at least 30 points six times in the last month and is averaging 23.2 points per game on the season. The junior adds 10.2 rebounds and 3.3 assists as well for the Greater Metro Conference champs.

Quinton Murrell of Milwaukee King was recently announced as the City Conference Player of the Year, as the breakout 6’3” junior guard leads the unbeaten Generals at 18.4 points per game. He was a First Team All-Conference choice last season and has added more hardware this year.

Ben Nau was a key part of Brookfield Central’s run to a state title last season but has taken on much more of the burden as a junior, with the Lancers ranked in the top five in the state all season. The 6’2” guard is averaging 12.9 points, 4.4 rebounds, and 5.7 assists per game as the team’s main facilitator.

Isaiah Stewart of Madison La Follette was a solid performer for the Lancers the last two years, but is a significant breakout star as a senior, picking up not only First Team All-Conference recognition but also Big Eight Player of the Year honors. Stewart led the team with 15.8 points per game as the team spent the latter part of the year ranked number one in the WisSports.net Division 1 Coaches Poll.