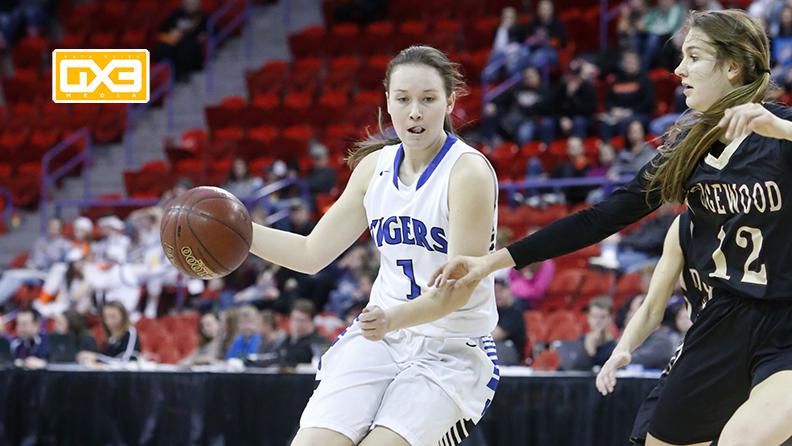 Wrightstown's Bridget Froehlke has been selected as the top senior Shooter as part of the WSN Senior Basketball Awards.

Froehlke, a 5-foot-9 point guard, is within range when she crosses half court and connected on a state-best 116 three-pointers this season, while shooting 38.7 percent from behind the arc. Bridget made at least five three-pointers in 11 games this season, including making 10 triples in a win over Fox Valley Lutheran in December.

She averaged 19.7 points and a state-best 7.2 assists per game, while also contributing 2.3 steals per contest for coach and father Mike Froehlke.

Froehlke led the Tigers to the Division 3 state tournament, but will have to watch from the sideline after suffering a torn ACL in her left knee during practice on Monday.

She also helped Wrightstown reach the Resch Center as a freshman.

Froehlke, an NCAA Division I University of Missouri-Kansas City signee, finished her career with 1.426 points, 283 three-pointers and 500 assists.

Finalists for the the award were Froehlke, McKenzie Johnson of Bay Port, Natalie Leuzinger of Black Hawk, Jada Spence of Pius XI Catholic, and Taylor Theusch of Aquinas.