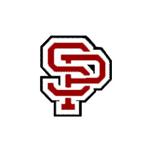 Sauk Prairie senior Olivia Breunig has been selected as the WSN Athlete of the Week after a vote.

There were 5,674 total votes this week. Olivia topped all vote getters with 2,140 votes. Elkhorn's Ray Beilman came in a very close second with 1,880 votes.

Olivia was a catalyst for the Sauk Prairie girls volleyball squad as they captured a regional title despited coming into action as the five seed. The Eagles only dropped two sets in the three regional matches. In the first match against Watertown, Olivia had 11 kills, 13 assists, and seven digs in the 3-0 sweep. She followed that up with 12 kills, 15 digs, and 10 assists in the 3-1 win over top-seed Oconomowoc. Olivia saved her best for last as she had 14 kills, 14 digs, and 21 assists in the 3-1 win over Arrowhead in the regional final.

Olivia and the Eagles earned the top seed in their sectional re-seeding and will take on Slinger tonight in sectional semi-final action.

If you have a nominee for Athlete of the Week please send it to Colton Wilson.