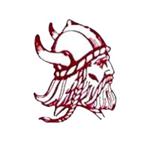 Holmen senior Carter Vetsch has been selected as the VNN Athlete of the Week after a vote on WisSports.net

There were 4,476 total votes this week. Vetsch topped all vote getters with 1,888 votes. South Shore's Koy Nelson came in second with 1,631 votes.

For the second straight season, Vetsch will be advancing to the individual state wrestling tournament. In the 170 pound weight class, the fifth ranked wrestler in the state at his weight, Vetsch pinned La Crosse Logan/Central's Dylan Ellefson in the title bout to win his sectional. Vetsch's performance helped lead Holmen to a team sectional win and berth in the team state tournament as well.

Carter will face off with Kaukauna senior Griffin Bekish in his first match this weekend. The Division 1 state tournament is being held at Kaukauna High School.