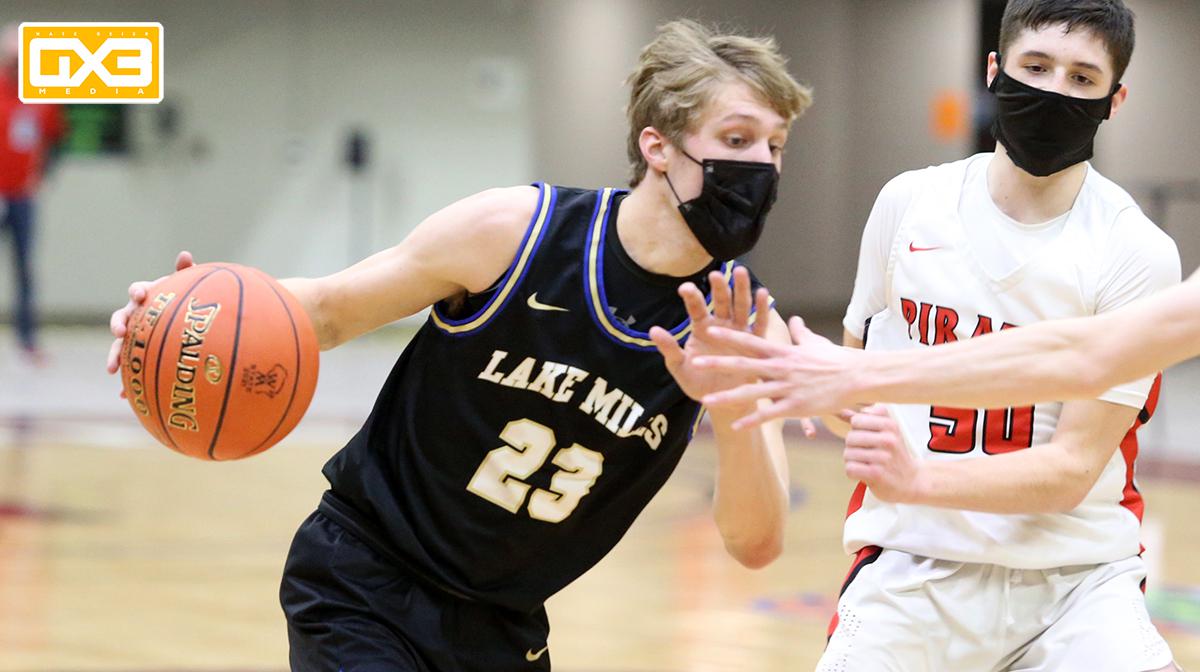 Hunter helped Racine St. Catherine's to a 28-1 record and Division 3 state championship as a senior, capping off a tremendous four-year varsity career during which he scored 1,589 points. Averaging 18.9 points per game as a senior, the 6-1 Iowa State recruit added 6.3 rebounds, 4.6 assists, and 2.7 steals per game as well.

Podziemski was selected as the 2021 Mr. Basketball by the Wisconsin Basketball Coaches Association after averaging 35.7 points per game as a senior. In three years on varsity at St. John's Northwestern Academies, Podziemski scored 2,154 points. He averaged 10.0 rebounds, 5.6 assists, 4.0 steals, and 1.4 blocks per game as well.

Haertle was a big reason that Lake Country Lutheran won an outright Midwest Classic Conference title and finished as the Division 3 state runner-up in 2020-21. The multi-sport standout averaged 24.7 points, 10.4 rebounds, and 4.5 assists per game as the Lightning finished 26-2.

Sam Haese helped Wrightstown to a 24-5 record, as the Tigers were co-champions of the very tough North Eastern Conference and qualified for the Division 3 state tournament. Haese led the way with 19.0 points per game, shooting an impressive 84% from the free-throw line. The senior guard added 7.2 rebounds and 2.9 assists per game.

McGee joined fellow All-State pick Tyrese Hunter in one of the state's top backcourts and continued his improvement over the course of four years. Averaging 16.8 points per game, he shot 58% from the field and 84% from the free throw line. The UW-Green Bay recruit scored 1,145 points in his career.

Charlie Bender of Lake Mills helped the L-Cats to the revised Division 2 state tournament and a 23-6 overall record. The 6-3 University of Wisconsin-Platteville recruit averaged 18.8 points per game to cap off his senior season.

Shoreland Lutheran forward Quentin Bolton continued to blossom this season, when he averaged 20.7 points and 11.0 rebounds per game for the Pacers. The 6-7 senior had a career-high 41 points against Saint Thomas More and and had 14 double-doubles this season.

Clayton Jenny of Edgerton more than doubled his scoring average as a senior, averaging 26.4 points per game for the Crimson Tide. He also led the team in rebounding (10.1 per game) and assists (4.3 per game) as Edgerton finished 20-5.

Denmark junior Donavan Short came up big this year to the tune of 21.7 points and 8.8 rebounds per game for the Vikings. The 6-10 forward helped Denmark to a 16-6 record this season.

Gabe Siler of Saint Croix Central may have been fourth in scoring on a very balanced Panthers team, but his impact on the game was immense. The Middle Border Conference co-Player of the Year, he averaged 10 points, 5.8 rebounds, and 8.0 assists per game as a senior.