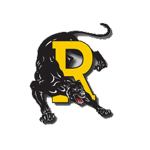 Royall senior Cheyenne Harris has been selected as the VNN Athlete of the Week after a vote on WisSports.net

There were 5,523 total votes this week. Harris topped all vote getters with 2,070 votes. McFarland's Matty Fortune came in a close second with 1,984 votes.

Royall has exploded out to a 9-1 record in this shortened volleyball season. Harris led them to a pair of wins this past week over Scenic Bluffs rival Cashton and new conference foe Seneca. In the 3-1 win over Casthon, she had 11 kills and added seven aces and 12 digs. Harris finished the week with eight kills, six aces and nine digs in the 3-0 sweep of Seneca.