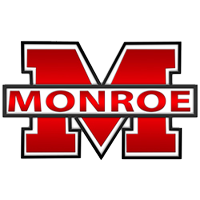 Tyler Matley of Monroe has been selected as the Week 2 Spring Football Player of the Week following a statewide vote on WisSports.net. His big day helped the Cheesemakers take down Evansville in a tight one. He was chosen from a strong group of nominees in Week 2. A total of 6,675 votes were cast, as Matley's 2,657 were enough to soundly edge out second place Matt Grzybowski of Bay Port, who tallied 2,511 votes.

Monroe went out 24-8 on Evansville at halftime, but the Cheesemakers saw the Blue Devils rally to tie the game early in the fourth quarter. However, Monroe would score twice in a four minute span to put the game out of reach in a 40-24 victory. The last score came from running back Tyler Matley on a 10-yard scamper, as he followed it up by converting his fourth, two-point conversion of the game. Matley would finish with 203 yards and four touchdowns on 15 carries as the Cheesemakers ran up 381 yards on the ground in the victory.

Remember folks, the only way your favorite player can be named WisSports.net Player of the Week is to vote and share the word. Look for the Week 3 nominees to be posted Monday afternoon.