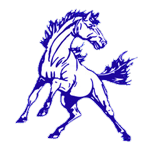 Marion sophomore Jaden Stuhr has been selected as the VNN Athlete of the Week after a vote on WisSports.net

There were 4,856 total votes this week. Stuhr topped all vote getters with 1,869 votes. Lake Mill's Ava Stelter came in second with 1,787 votes.

Stuhr led Marion to a pair of wins this past week on the baseball field, collecting both wins on the mound. First in a 22-0 three-inning win over Gresham, Stuhr pitched two innings, striking out six and allowing one hit. He went two for three from the plate with two triples, four RBIs, a walk and two runs scored. Stuhr, just a sophomore, then pitched a six-inning 6-5 win over Bowler, allowing zero earned runs, three hits and striking out 13 batters. From the plate he went two for four with a triple, three RBIs, a walk and two stolen bases.