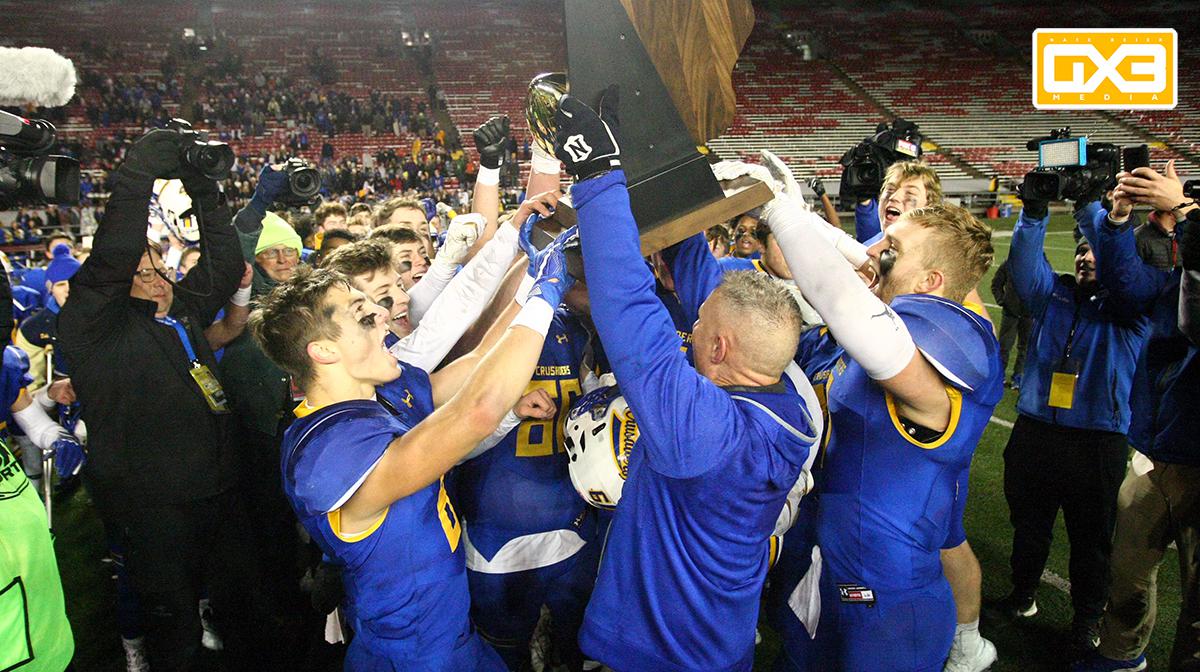 Last week I went 12-3 in picking the state semi-final and 8-player championship contests, giving me an overall record of 179-46, good for a 79.6% prediction rate. Here's my picks and breakdown of each of the state title contests.

Franklin rallied from a three-score deficit to defeat Appleton North back in Week 1 of the regular season, and it was a similar story in the state semi-final, when the Sabers came back from a 19-3 deficit to win 26-19 behind future Badgers quarterback Myles Burkett. Sun Prairie has scored a couple close wins the last two weeks, including a 38-31 decision over Mukwonago last week. In what is a bit of a Last Dance situation for the Cardinals in advance of splitting into two high schools next year, Sun Prairie has played with a sense of urgency.

Waunakee has played three straight one-score contests, including last week's 27-20 victory over Hartford when the Warriors pulled away after the game was tied at halftime. Homestead has looked stronger and stronger as the playoffs have rolled on, dispatching upstart Kettle Moraine 29-10 last week. This is a rematch of the 2012 Division 2 title game won by Homestead 14-0.

After posting three straight shutouts to open the playoffs, Pewaukee did give up points in last week's state semi-final win over Monroe, but pulled out a 28-14 victory. Rice Lake's rushing attack was too much for Menasha last week as the Warriors scored a 36-21 victory.

2019 Division 4 state champion Catholic Memorial has been the favorite to repeat all season, and the Crusaders have advanced back to Madison with a dominating season. The Crusaders did get a push from Columbus last week, as it was 20-13 at halftime before pulling away for a 42-19 victory. Ellsworth sports the state's longest active winning streak at 22 games, including last week's dominating 46-7 decision over Freedom. Max Grand and Ashten Quade form a dangerous 1-2 rushing punch for the Panthers.

Aquinas used a big second half to rally for a 28-18 victory over Wittenberg-Birnamwood, as the Blugolds emergent running game put up 205 yards, while Jackson Flottmeyer added 234 yards through the air. Mayville's strong run continued behind strong runs, as the Cardinals posted 371 yards in last week's win over Belleville, including 270 yards and six touchdowns from Blake Schraufnagel.

Colby was the champion of the Marawood Conference and took down an excellent Durand squad last week in a close 28-24 ballgame. Saint Mary's Springs had some early season struggles but the Ledgers have rounded into form later in the year, especially the playoffs. They did get quite a scare last week, falling behind Darlington 24-0 before scoring 35 unanswered points in a win. I picked Colby over Springs in our state picks before the playoffs began, and I'll stick with it, but certainly not very confident.

Coleman has posted three straight wins over unbeaten teams in the playoffs, first dominating Pacelli before a convincing victory at Hurley. Finally, last week the Cougars scored one of the upsets of the playoffs, taking down favored Regis 28-22, despite trailing 14-0 after one quarter. Peter Kuchta's strong postseason continued with three more rushing touchdowns, as he has scored a total of nine touchdowns in the playoffs via rush, pass, and interception return. Reedsville's big play offense was too much for Cashton last week in a 47-8 victory.