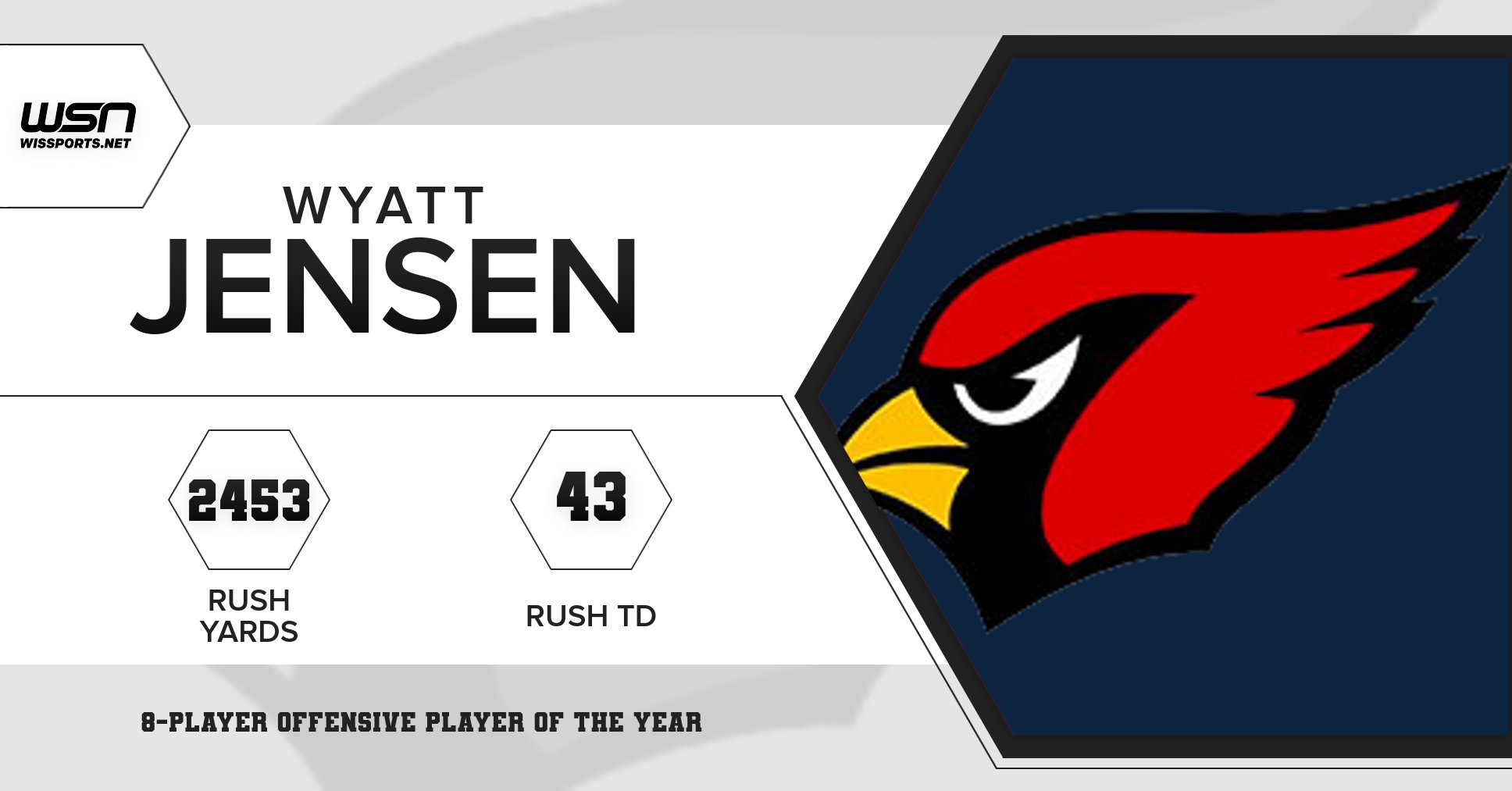 Wyatt Jensen of Luck has been selected as the 2021 8-Player Football Offensive Player of the Year by WisSports.net.

Jensen was part of a state runner-up team as a freshman in 2018 before playing a key role on the 2019 state title team.

The Cardinals advanced back to the 2021 championship game, but a lower body injury kept Jensen on crutches and out of action, as Luck fell to Newman Catholic.