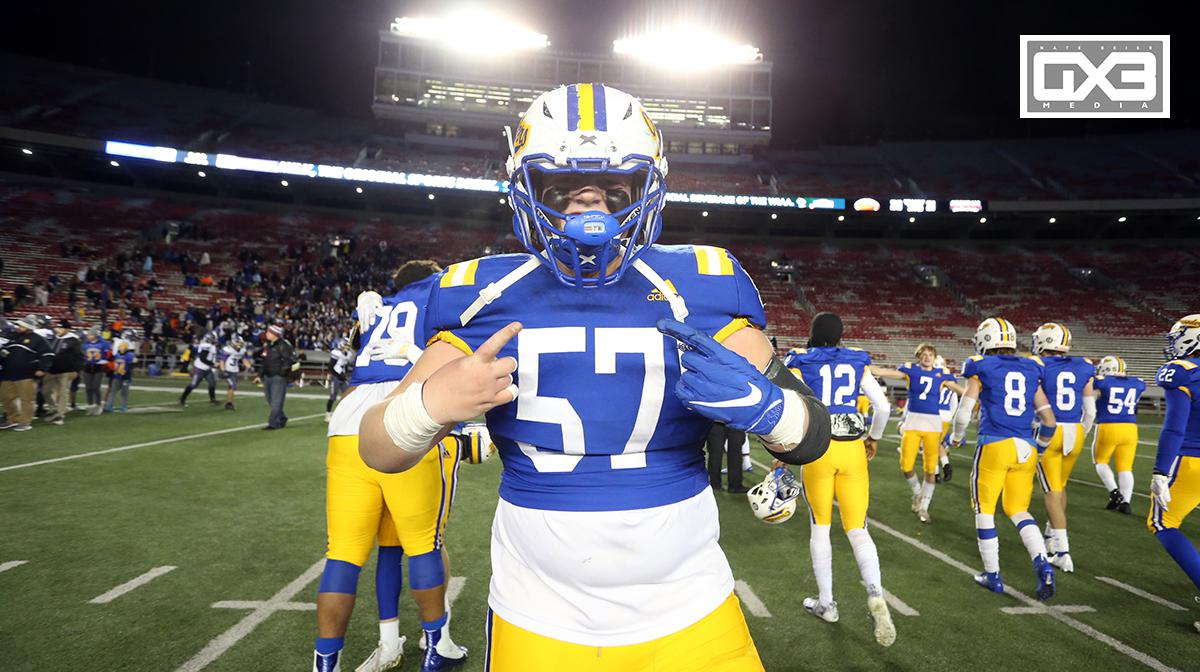 Catholic Memorial led 14-0 before Ellsworth even took a snap on offense and was ahead 21-0 at the end of the first quarter, but it was a grind the rest of the way as the Crusaders held on for a 21-12 victory to claim a second straight Division 4 state title and third consecutive overall.

Taking the opening possession 69 yards in five plays, Catholic Memorial got on the board first with a 41-yard touchdown run by dynamic sophomore running back Corey Smith. The Crusaders recovered a pooch kick, and Rory Fox would punch it in from five yards to give Catholic Memorial a 14-0 lead less than four minutes into the game.

Ellsworth did not go away easily, however, and the Panthers owned the second quarter. Ashten Quade got the team on the board with a 13-yard touchdown run with eight minutes left in the half, and quarterback Jack Janke would score on a short touchdown run late in the half, though the Panthers failed on both conversion attempts, leaving it a two-score game.

Catholic Memorial recovered another onside kick on the second half kickoff, as the Crusaders would have ten drives in the game compared to just seven for Ellsworth.

While Ellsworth's defense would largely stymie the Catholic Memorial offense in the second half, the Panthers could not find the end zone on offense.

Ellsworth's best chance came on a drive that started with 48 seconds left in the third quarter and lasted over eight minutes and accounted for 16 plays, only to see the Panthers turn the ball over on downs at the Catholic Memorial 21-yard line.

That expenditure of energy with no change on the scoreboard seemed to sap the last bit of hope for the Panthers, who would throw an interception on its final possession as Catholic Memorial was able to run out the clock in the 21-12 victory.

Catholic Memorial ran for 250 yards on 42 carries, as Rory Fox accounted for 90 yards and a score while Corey Smith added 81 yards and a touchdown. Ellsworth's Ashten Quade was outstanding on the ground (14 carries, 94 yards, one touchdown) and as a receiver (three catches for 40 yards) but it wasn't quite enough as the Panthers settled for a silver ball as runner-up.